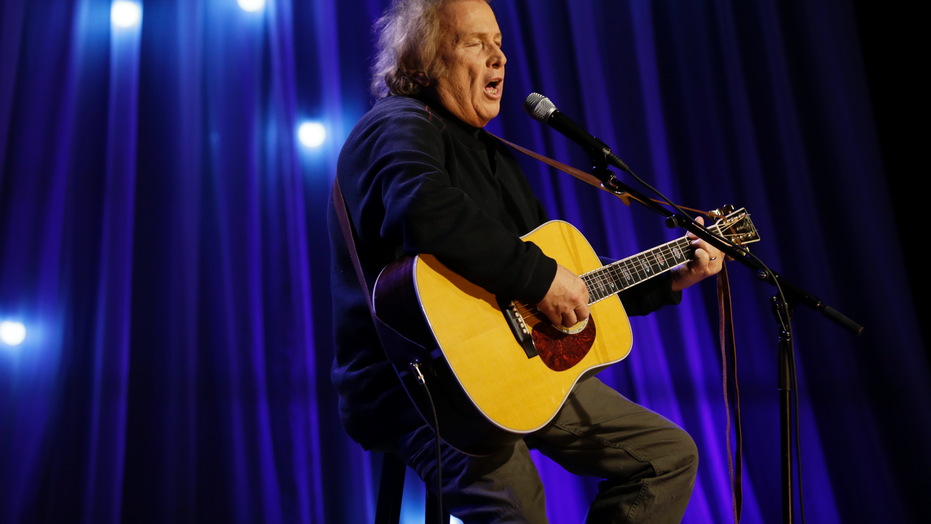 Don McLean, the 74-year-old singer best known for his 1971 hit "American Pie," says he is not impressed with the music of today.

The singer-songwriter believes times have certainly changed since his early days in the music industry, and he's claiming there is no longer music of substance when he turns on the radio.

The folk-rock singer sat down with Tom Cridland for his YouTube series "The Greatest Music of All Time" to reflect on his musical career highlights. During the candid conversation, McLean partially discusses his political views, claiming that politics no longer "really mean anything," and he likened it to drastic shift he's noticed in music.

Cridland asked for McLean's thoughts on today's hits on the radio, wondering if he believes music as a whole has "deteriorated."

"It doesn't exist as far as I can see," McLean said.

"Music is not on the radio. There's some form of music like sound, but it's not music to me. There was a show called 'Name that Tune' back in the 1950s, and by the fourth note, they would say, 'Oh, that's 'Strangers in the Night.' There's nothing on the radio you can name in 20 notes, almost," he continued.

CHRISTIAN ROCK BAND SKILLET FRONTMAN, JOHN COOPER, ON HIS FAITH: IT IS 'THE MOST IMPORTANT THING IN MY LIFE'

The singer-songwriter added that today's catchy songs involving notes and choruses "repeated over and over again" end up becoming "drummed into your head or makes you want to hang yourself."

Of course, the folk-rock legend said that he does still have faith in musicians such as Paul Simon and Paul McCartney who are likely "still writing melodies." However, he claimed today's musical groups don't know how to write a melody -- at all.

"They have a lot of riffs. They're very cool and the records are great but they're not melodies and the lyrics are not about anything," McLean added of today's hits. "It's very vague and vacant."

Despite all that, McLean did commend today's generation for mastering the art of playing.

"The quality of playing is going way up," he said. "The playing and the record-making are just phenomenal. Guitar playing, drumming, bass -- that's going through the roof. The use of computers and keyboards is absolutely amazing."

Asked if he's gearing up to release some new music himself, McLean hinted that he's got plenty of music that he plans to release, perhaps even sometime this year.