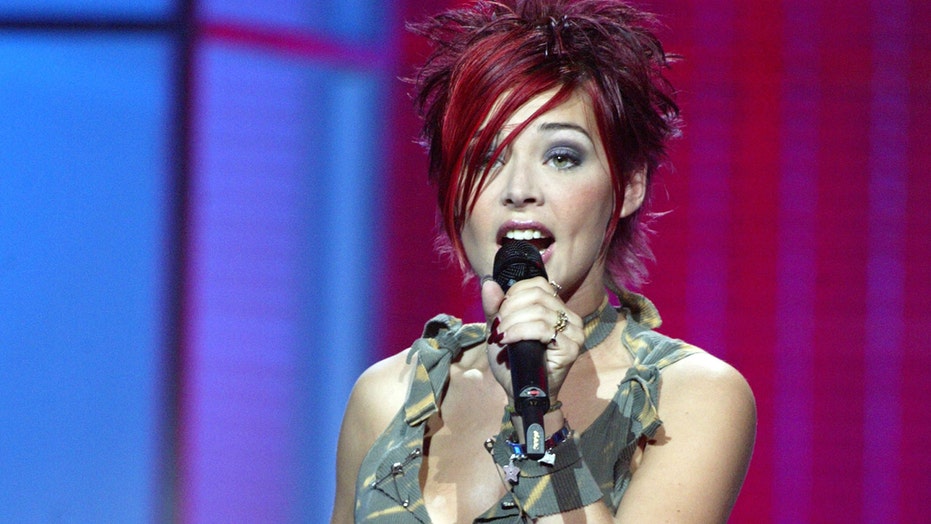 Nikki McKibbin, who rose to fame alongside Kelly Clarkson and Justin Guarini on the first season of “American Idol,” died at age 42.

McKibbin suffered a brain aneurysm on Wednesday, according to her husband, Craig Sadler. He took to Facebook to share that she was being kept on life support so that her organs could be donated to those in need.

“Many of you already know something is wrong. The love of my life Nikki Sadler suffered an aneurysm on Wednesday.  She would already be gone, but she's an organ donor and has been kept on life support to make that possible,” he wrote Saturday. “That shouldn't be a surprise to us. Even at the end she is still giving.”

The show released an official statement on social media as well after the news broke.

"Nikki McKibbin was an incredible talent and we are deeply saddened by the news of her passing," read a tweet. "She was part of our American Idol family and will be truly missed. Our hearts and prayers go out to her family and friends during this difficult time."

McKibbin placed third on “American Idol” in 2002. Her most memorable performance on the show was a cover of Alannah Myles’ “Black Velvet.” She also covered songs by Alanis Morissette, Melissa Etheridge, Janis Joplin and Stevie Nicks.

In fact, she loved Nicks so much that Sadler asked her fans to pay tribute to her at 3 a.m. Central Time when she would be in the operating room by listening to the song “Landslide,” which he said doctors would play for her “one last time” before they began.

“She loved so many of you and I know you loved her too,” he concluded.

"Nikki McKibbin was an incredible talent and we are deeply saddened by the news of her passing. She was part of our American Idol family and will be truly missed.  Our hearts and prayers go out to her family and friends during this difficult time," the show tweeted Sunday.

After winning over the judges on “American Idol,” McKibbin cut her first studio album “Unleashed” in 2007 followed by the EP “Psychotrip” in 2012 as part of the group Love Stricken Demise, according to Entertainment Weekly.

She also returned to reality TV in 2005 with a stint on “Fear Factor,” “Battle of the Network Reality Stars” and “Kill Reality.”

Nikki McKibbin, who appeared on the first season of 'American Idol,' is dead at age 42. (Jeffrey Mayer/WireImage)

Years later, she publicly admitted to having substance abuse issues on “Celebrity Rehab with Dr. Drew” during the show’s second season. She went on to appear in the spinoff series “Sober House.” EW reports that she returned to “Celebrity Rehab" in Season 5 to celebrate three years of sobriety.

Finally, she returned to where it all started, the “American Idol” stage, in 2014 to support her son, Tristen Cole Lanley, who auditioned and made it through to the Hollywood round on his own.