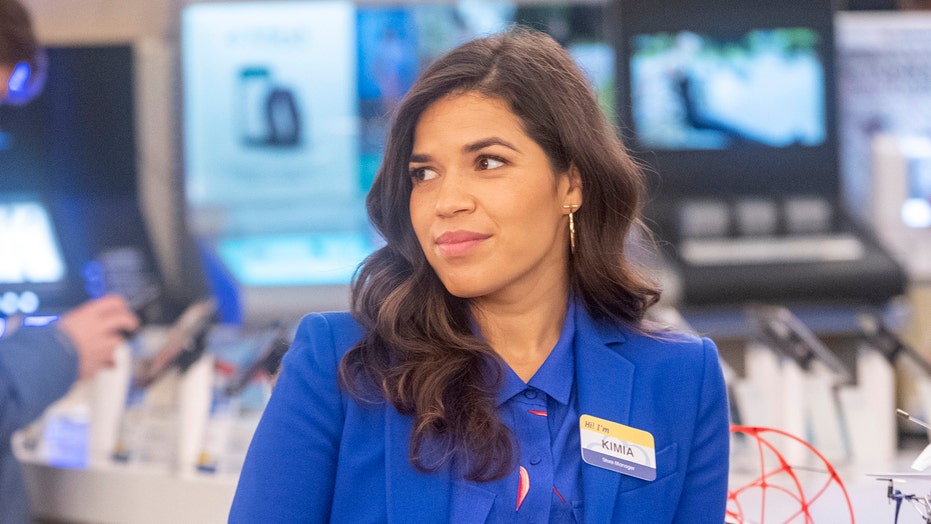 The actress, 35, announced the news in a statement on Friday.

“The last five years on ‘Superstore’ have been some of the most rewarding, enriching and enjoyable years of my career,” she said. "Producing, directing and acting with this wonderful cast and crew has given me opportunities to grow as a person and storyteller."

AMERICA FERRERA, EVA LONGORIA, AND OTHERS PEN LETTER TO LATINX COMMUNITY: 'YOU ARE NOT ALONE'

This image released by NBC shows America Ferrera as Amy in a scene from the comedy series "Superstore." (Ron Batzdorff/NBC via AP)

"I'm so grateful to my partners at NBC and Universal Television for the support and belief they have always placed in the show, and I'm most thankful to the brilliant Justin Spitzer for creating the funny, smart and relevant world of 'Superstore' and inviting me to be a part of it," Ferrera continued.

Ferrera played Amy, the manager of a big box store in the show, which has already been renewed for a sixth season. The actress also serves as an executive producer on the series and has directed several episodes.

The "Sisterhood of the Traveling Pants" performer became the first Latina actress to win the top comedy actress Emmy Award for her the title role in the series “Ugly Betty” in 2007.

She announced on New Year's Eve that she is expecting her second child.

“As I start the next chapter for my family and career, I wish only the best, and much-continued success, to my beloved ‘Superstore’ family,” Ferrera said in her statement.