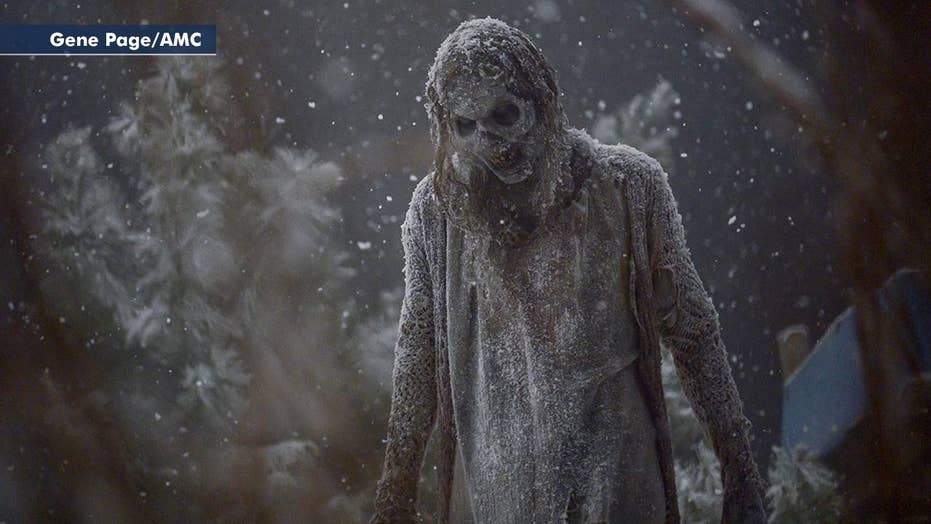 Hollywood Nation: AMC Network is expanding the 'Walking Dead' universe with plans for a new spin-off; Tom Selleck is writing his memoir telling stories from his career after he says people have been asking him for years to write one.

Amid low ratings for Season 9 of “The Walking Dead,” AMC has announced a third spinoff series set in the world of the undead apocalypse.

The yet-untitled series will join “The Walking Dead,” “Fear the Walking Dead” and the previously announced spinoff movies starring Andrew Lincoln’s Rick Grimes as the network makes good on its promise to expand the highly successful zombie survival universe.

According to AMC, the third show will focus on two young female protagonists growing up in the first generation to come of age in the apocalypse that viewers have come to know.

“Some will become heroes. Some will become villains. In the end, all of them will be changed forever. Grown-up and cemented in their identities, both good and bad,” the network’s announcement reads.

The original drama is co-created by Scott M. Gimple, chief content officer of “The Walking Dead” universe, and Matt Negrete, who has been a writer and producer on the show for the past five seasons and will be showrunner for the first 10 episodes of the new series. There's currently no word on whether characters from the other shows will make their way to the new series.

“We’re thrilled that the Dead will keep walking into a new corner of the post-apocalyptic world, a corner that will present stories and characters unlike any that ‘The Walking Dead’ has dramatized thus far, and that is bound to excite one of the most passionate fanbases in television,” said David Madden, president of programming for AMC Networks and AMC Studios in a statement to Fox News. “Scott has been an invaluable leader for the Universe since taking on the role of chief content officer, with a distinct and innovative vision for the franchise. Likewise, we’re excited to have Matt, who has been a crucial part of ‘The Walking Dead’ family for over five years and penned many memorable episodes of TWD, at the helm of this original series.”

“Showing audiences an unseen pocket of ‘The Walking Dead’ Universe steeped in a new mythology is a very cool way to celebrate a ‘Decade of the Dead’ on TV and over fifteen years of Robert Kirkman’s brilliant comic,” Gimple added. “Matt Negrete is one of the best writer-producers in ‘TWD’s’ long history — I'm thrilled to be working beside him to tell stories unlike we’ve seen before, taking our first step into an even larger world.”

The news comes shortly after The Hollywood Reporter noted that Season 9 of “The Walking Dead” hit a new series low for ratings, which isn’t surprising as it saw the loss of principal cast members Lincoln and Lauren Cohan. In order to compensate, the show introduced a slew of new characters, many of whom are younger. Despite lower ratings, remaining viewers and critics have praised the show and its new characters, prompting AMC to double-down on expanding the show’s universe.

The new series is expected to premiere in 2020.