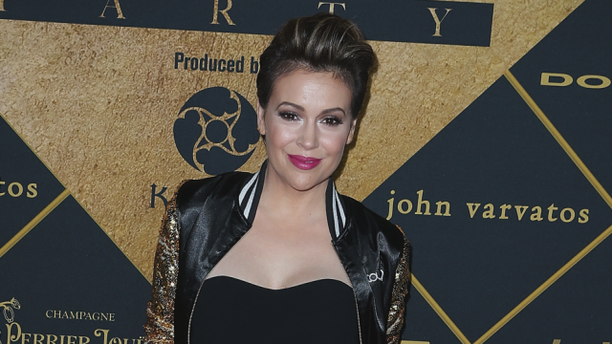 Alyssa Milano says she feels "100 percent" more confident at this point in her life than any time before.

Milano is back on TV, hosting the new season of "Project Runway: All Stars," and the actress and mother of two opened up to ET about dressing for her body and what makes her feel fulfilled in life.

"I think dressing for proportion is really, really important," Milano shared when she sat down with ET to talk about the upcoming season of the fashion competition series. "So, if you're a little wider, you have to pick lengths that work with your width."

WATCH: Alyssa Milano Was Having Contractions During Emotional ‘Project Runway: All Stars’ Finale

"I just really believe that to look a certain way you have to feel a certain way," Milano added. "I try to make a very purposeful decision to not really worry about weight or weight fluctuations or changes and just wear what makes me feel good."

Milano says she feels "much more confident now" than when she was in her 20s and she credits that self-esteem boost to motherhood. According to the 43-year-old actress, the first time she held her son, Milo, she "realized [her] purpose."

"I was like, 'Oh, this is it! This is what life is,'' Milano recalled. "Even though I had a really full beautiful life beforehand, my life really began the day he was born."

“[Motherhood] does put everything else in perspective in a powerful way, and gives you the confidence to do other things," she continued. "You almost become, even though you may not be focusing on your career, you become more confident all around so you're able to take more risks in your career."

One aspect of motherhood and parenting that Milano has been very vocal about is the fight to normalize breastfeeding.

"The fact that we need lactation consultants after we give birth is so crazy to me," Milano explained, "but it's because we never see other women! We don't know how. We don't have a sister or an aunt to show us or teach us the right way to do it."

"To me it's so important for little girls… to see other women breastfeeding so that it becomes acceptable and normal for their generation," she added.

WATCH: Alyssa Milano Is Going to Keep Breastfeeding Daughter: 'Maybe Even Until She’s 6!'

Aside from motherhood, Milano also opened up about the possibility of a "Charmed" reunion, telling ET, "We are all open for it!"

"It seems like that's going to happen any second. I just feel like with all these reunions, and we still have such a cult following, that I feel like someone's going to put that together at some point," she said, "and we're all totally on board for that!"

Until that "Charmed" reunion gets off the ground, you can watch Milano as the host of "Project Runway: All Stars," airing Thursdays at on Lifetime.