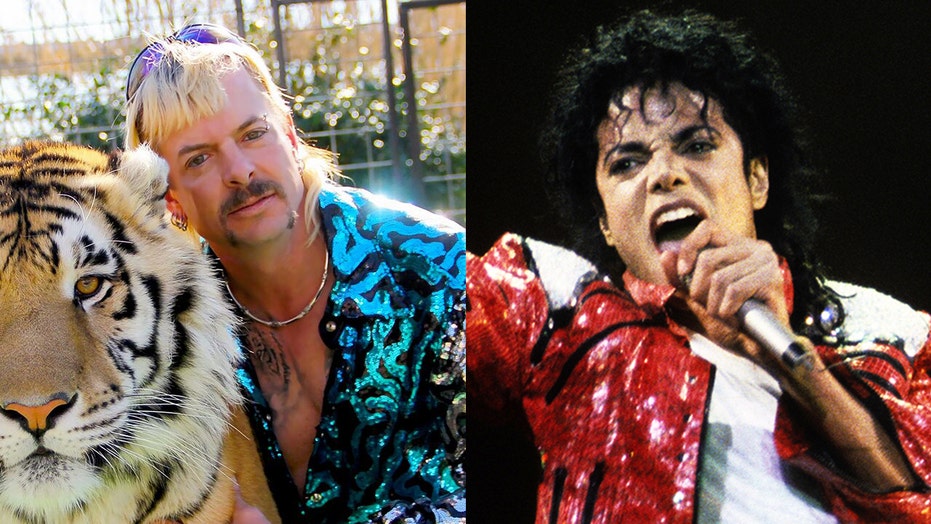 Those who have seen the seven-part series know that in 2015 a fire at Joe Exotic’s Oklahoma zoo took out not only his recording studio but a nearby facility that housed multiple alligators, all of which died in the blaze. The fire was suspected to be an arson, but no one was charged.

What the documentary doesn’t cover is the fact that the animals that died are believed to have been previously owned by Jackson on his Neverland Ranch.

Animals that died in an alleged arson at Joe Exotic's zoo in 2015 reportedly belonged to Michael Jackson.

“As most of you know, an arsonist hit our facility a day before yesterday in the sometime wee hours and set fire to not only my recording studio but the studio that houses our alligators, which caused them all to burn up and perish, boiling alive in a towering inferno of nothing but flames and fire,” Joe said in a JoeExoticTV YouTube video, published on March 28, 2015.

At the time of the fire, Joe told the Los Angeles Times that seven of the alligators and a crocodile that died in the fire were taken from Neverland following its closure. New York Magazine reported in September 2019 that baby alligators were killed in the fire that were the offspring of an alligator that lived with Jackson at Neverland.

Representatives for Jackson’s estate did not immediately respond to Fox News’ request for comment.

The documentary sees those involved with Joe’s story posit several theories as to who started the fire, with some even believing that Joe started it himself in an effort to destroy potentially damaging footage that was being housed in the recording studio for a potential reality show that was being filmed. Joe has denied those rumors.

Joe is currently behind bars after being found guilty of hatching a murder-for-hire plot in which he paid $3,000 for one of the employees at the zoo to travel to Florida to kill his rival, Big Cat Rescue CEO Carole Baskin.