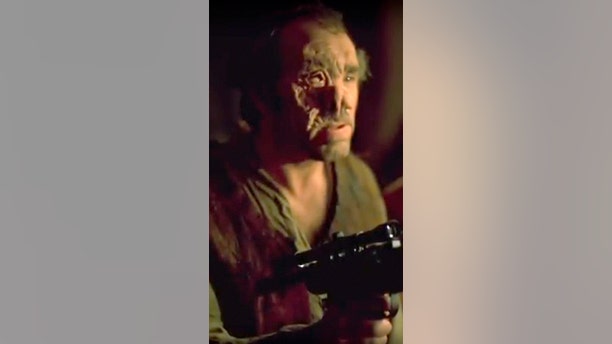 The London-born actor, who played Dr. Evazan in "Star Wars: A New Hope," passed away on Tuesday.

Alfie's character in "Star Wars" famously threatened Luke Skywalker at Mos Eisley Cantina in the first of the original trilogy, telling him: "I have the death sentence on 12 systems".

Mark Hamill, who played Luke Skywalker, tweeted a tribute to the actor this morning.

He said: "Alfie Curtis made the Star Wars Mos Eisley Cantina scene - one of the most memorable I've ever been a part of - even more memorable.

"As horrific as he was on-camera, off-camera he was funny, kind and a real gentleman. Thanks Alf - you'll be missed."

His tragic death was announced on the Comic Book Star Wars website on Tuesday night but the cause has not yet been revealed.

It comes exactly one year after Carrie Fisher, who played Princess Leia in the "Star Wars" franchise, died aged 60.

Curtis' character in "Star Wars" was a promising plastic surgeon whose unorthodox methods ended up hurting his patients.

He fell into smuggling and linked up with Ponda Baba, who was just as much of a drunk as Evazan.

The pair did pop up in Jedha in "Rogue One" but the younger version of the character was played by Michael Smiley.