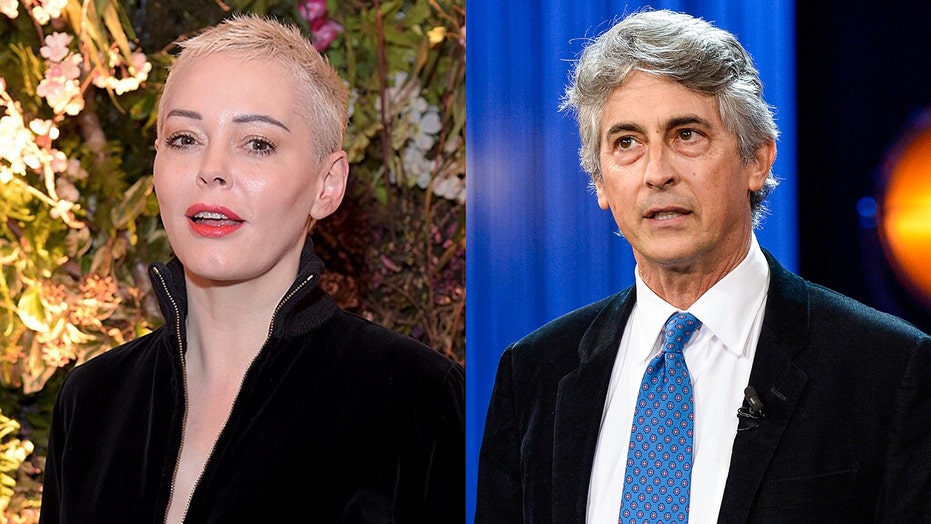 “Sideways” director Alexander Payne has denied sexual misconduct allegations brought against him by Rose McGowan, and now the actress vows to further "expose" him.

The actress-turned-activist, who is 47, alleged last month that Payne is guilty of sexually inappropriate behavior with her when she was 15.

The "Charmed" alum, who was among the many who publicly accused now-disgraced movie mogul and convicted rapist Harvey Weinstein of sexual assault, accused the Oscar-winning Payne of showing her a pornographic movie when she was a child and implied that he exposed himself to her during the encounter.

In a follow-up tweet, McGowan shared an image of herself at 15 and wrote: “I just want an acknowledgement and an apology. I do not want to destroy. This was me at 15.”

Payne remained silent on the allegations until Friday, when he posted a lengthy denial in a guest article he wrote for Deadline.

"Rose McGowan and I have always had very cordial interactions, and I have admired her commitment to activism and her voice in an important, historic movement. However, what she has said about me in recent social media posts is simply untrue," he wrote.

He claims that McGowan's timeline is false, saying he didn't meet her when she was a teenager in the late 1980s because "I was a full-time film student at UCLA from 1984 until 1990." Instead, the director said he met McGowan in 1991 during his "first directing job, when she auditioned for a comic short I was making for a Playboy Channel series."

Payne then alleged that McGowan left a note for him asking for a phone call with him.

"I had no reason to question how old she was, since the role she read for required an actor who was of age. We later went out on a couple of dates and remained on friendly terms for years. While I cannot allow false statements about events twenty-nine years ago to go uncorrected, I will continue to wish only the best for Rose," his statement concludes.

He also denied ever working for Showtime, writing that he's also "never" directed anything under a name other than his own.

Following his denial, McGowan told Variety, "'F--k him and his lies' is my comment."

She added: "I told Payne to acknowledge and apologize, he has not. I said I didn’t want to destroy, now I do. Why do these men always lie? I will now make it a mission to expose him. I am not the only one.”

McGowan's tweets are reminiscent of comments she made in February 2018 while promoting her book “Brave.” She spoke of a similar incident in an interview with journalist Ronan Farrow, whose bombshell expose helped kickstart the #MeToo movement and, in large part, led to Weinstein being charged. According to The Cut, McGowan told Farrow about an encounter that allegedly happened when she was 15, but stopped short of naming the man in question.

“He took me home, after he met me, and showed me a soft-porn movie he’d made for Showtime, under a different name, of course… And then he had sex with me,” she said at the time. “And then he left me next to Tropical in Silver Lake, standing on a street corner.”

She noted that she didn’t understand that the incident would qualify as statutory rape until years later when she was grappling with the #MeToo movement.

“I’d been attracted to him, so I always filed it away as a sexual experience. ... Two weeks after your [New Yorker] story came out, I’d processed it, but I removed myself from it,” she told Farrow, still refusing to name the person she was talking about at the time.

Payne is a two-time Oscar winner for his screenwriting work on “Sideways” and “The Descendants.” His other work includes “Nebraska,” “Election,” “Citizen Ruth” and “About Schmidt.”

The most recent film he directed, “Downsizing,” co-starred Matt Damon and Kirsten Wiig. According to TheWrap, he was tapped by Netflix for a new movie in 2019 starring Mads Mikkelsen about a Danish writer who takes his teenage daughter on a cross-country road trip in the U.S.

Reps for Payne and McGowan did not immediately respond to Fox News' requests for further comment.