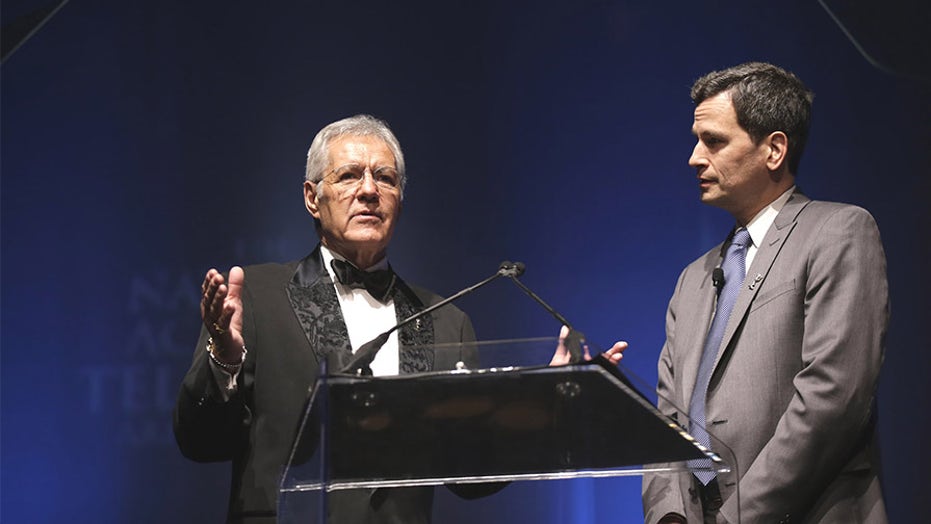 For the 47th annual Daytime Emmy Awards, the show must go on — it will just have a different look.

The National Academy of Television Arts & Sciences (NATAS) confirmed that the event will carry on without an in-person ceremony this year and instead, it will go virtual amid the coronavirus pandemic.

The show, which was originally scheduled to take place in Pasadena, Calif., in June, was postponed to a new, undetermined date. Due to stay-at-home measures related to the COVID-19 crisis, NATAS is aiming to produce a remote streaming show and avoid large-scale gatherings.

“First and foremost, you can expect a celebration of daytime television and the talented creators who produced it,” NATAS President Adam Sharp told Fox News. “Daytime TV has provided a source of comfort and continuity in this very uncertain time, and we hope our virtual gathering will do the same. We had planned three live events this year, celebrating different aspects of our diverse industry. We expect the virtual shows will be similarly spread over three or more programs, each with a different format and feel.”

Alex Trebek poses with the Daytime Emmy Award for Outstanding Game Show Host in the press room during the 46th annual Daytime Emmy Awards at Pasadena Civic Center on May 05, 2019, in Pasadena, Calif. (Gregg DeGuire/Getty Images)

“There is no traditional playbook to follow here,” Sharp continued. “They say ‘necessity is the mother of all invention.’ Like many of the programs we honor, COVID-19 has inspired experimentation and innovation in formats that have long been rather staid. With these and other virtual shows, we’ll produce this year… we will have several opportunities to play with different approaches and would expect other events in our field to do the same.”

Sharp shared that he hopes this year's virtual ceremony will give audiences and attendees a reason to “smile.”

“[We hope audiences will get] a brief respite from the scariness and loneliness of these past many weeks,” he said. “A reminder of why so many staples of daytime television have been a daily part of American lives for several generations. These cultural touchstones are not far away. The people behind them are, like you and me, at home experiencing this time with the same complicated feelings as their viewers are. But they’re here. We’re here. The connection is still here. And we’ll all be back together again soon."

Several stars have praised the idea of a virtual show during unprecedented times.

"Awards and recognition are important and meaningful, but our health and safety has to come first,” chimed Leeza Gibbons. “I just don’t think most people are ready to gather in large groups, no matter the reason. In my view, the Academy had no choice.”

Here are what some other celebrities had to say about the decision:

“I think it is a very wise decision to do the awards ceremonies virtually,” said the former “Knot’s Landing” star. “Getting people into large groups is something that I don’t think we should be doing anytime soon because this virus is still very present and the danger is just too great.”

“I think holding virtual ceremonies is a good idea,” said the Oscar winner, who is best known for starring in the 1961 film “West Side Story.” “Moving forward, we have to do all we can do to protect life. Patience and common sense are absolutely vital! Best wishes to all.”

“I think holding virtual ceremonies is a great idea,” said the former “Growing Pains” star. “This allows the people who worked so hard to bring us such wonderful entertainment to receive the recognition that they deserve. While at the same time, it limits people’s exposure and helps them keep safe. Right now, that’s incredibly important.”

“The National Academy is facing an unprecedented year of celebrations,” chimed the game show host. “It is going to be both interesting and exciting to see how the 2020 productions come to fruition. I support NATAS’ decision to go virtual and I hope the patrons and fans will tune in and share this new experience and frontier with us.”

“NATAS’ decision to create a virtual ceremony is a perfect extension of the performer’s creed,” said the actress, best known for her role as Esther Valentine on “The Young and the Restless.” “Our business is to provide entertainment and during this time, that’s more important than ever. I’m grateful that they have determined a way to honor daytime television excellence while keeping everybody safe at the same time.”

“It’s virtually impossible to think we might not have the Daytime Emmys to share and celebrate this year’s outstanding work!” said the “Knot’s Landing” star. “This is a different year… currently in a very different, often difficult world. So now, more than ever, outstanding work should be virtually recognized, shared and celebrated. It’s comfort food for our hearts and souls at a time when we need it the most!”

Tippi Hedren is the mother of Melanie Griffith and grandmother of Dakota Johnson. (Photo courtesy of Tippi Hedren)

“Everyone knows what a fan I am of daytime television, especially ‘The Bold and the Beautiful,” explained the actress and Alfred Hitchcock muse. “I never miss it, even if I have to tape episodes. And everyone knows better than to spoil anything for me before I catch up. It wasn’t until I was blessed to play Helen MacClaine [in the series] that I learned working on a primetime show or a film is a walk in the park compared to the Herculean efforts of those in front and behind the scenes of daytime.

“While I also believe that all the nominees for this year deserve their moment in the sun… I also have to commend the National Academy for what must have been a very difficult decision, to break with tradition and go virtual,” the actress continued. “To be honest, I don’t know what that actually means and I will probably find it challenging to find and watch this year’s ceremonies.

"However, if it means the safety and protection of just a few individuals, then it is a challenge that I’m willing to take on to support and honor my colleagues. To my fellow industry members, stay strong. To the fans, who mean so very much to all of us, thank you for your patience, faithfulness and caring support. This too will pass, and hopefully soon.”