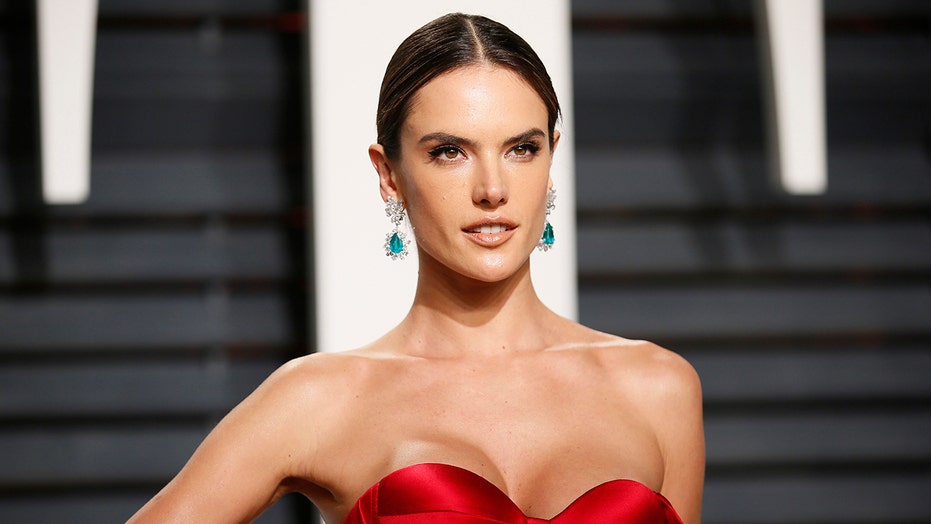 Alessandra Ambrosio left little to the imagination while celebrating Rio de Janeiro's Carnaval in her native Brazil this week.

The former Victoria's Secret model, 38, was spotted partying around the clock in a jaw-dropping bra and fringe skirt made out of rhinestones.

The head-turning getup, which involved a low-cut silver bra and matching high-waisted silver fringe skirt, showed off the model's ample cleavage in a side shot posted to her Instagram.

"IT'S CARNAVAL," she captioned a photo of herself turning towards the camera.

The model then opted for a slightly less revealing look in the Instagram posts that followed. In the second set of photos posted late Monday, Ambrosio appears to have slipped on a black bandeau underneath her bra.

"Partiu Carnaval!" her second post from the event read.

She was accompanied with a bevy of other women rocking sparkly outfits behind her.

In a third celebratory Instagram slideshow, the model is seen with her hands in the air and letting loose while on the dance floor with friends.

Carnaval is an annual tradition in Brazil meant to celebrate the start of Lent in the Catholic tradition.

The model then changed up her look with metallic bellbottoms and a matching silver rhinestone bra, as seen in an Instagram Story she posted Monday night.

The mother of two shared additional videos showing hundreds of men and women in costumes dancing to the music. The event also featured floats making their way past an audience of thousands.

Ambrosio's show-stopping appearance in Brazil comes on the heels of the news that Victoria's Secret will be sold following a dip in sales and criticism of its billionaire founder.

Ambrosio slayed the Victoria's Secret Fashion Show for nearly two decades years before making her final walk in the show in 2017.