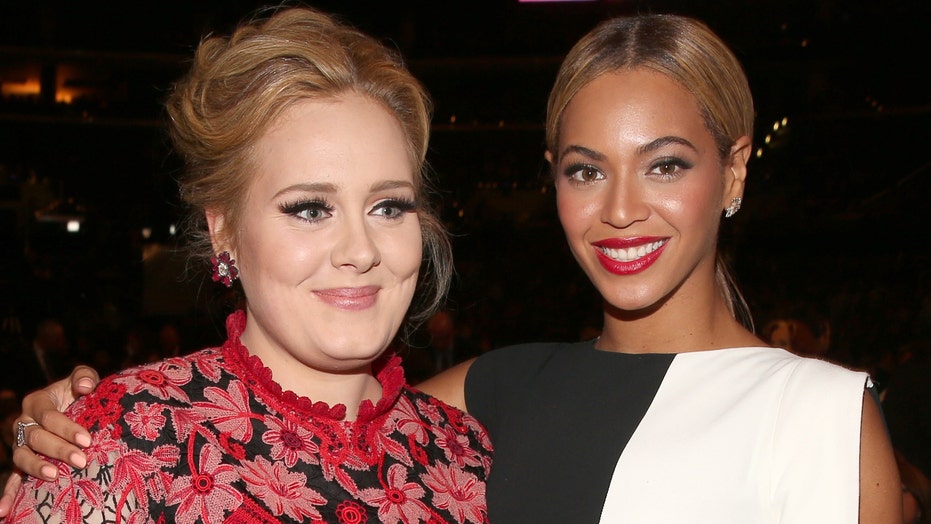 Even Adele is a Beyoncé fan.

On Friday, Beyoncé released "Black Is King" on Disney+, a visual album inspired by "The Lion King" and featuring the songs of "The Lion King: The Gift," a companion album to last year's remake of the classic film.

The film has been favorably reviewed, currently boasting a 100 percent on Rotten Tomatoes based on 25 critic reviews and a 95 percent audience score.

Among the many fans of "Black Is King" is Adele, a powerhouse musician herself.

Expressing her love of the film, Adele, 32, took to Instagram on Saturday, showing herself wearing a shirt that matches one of the outfits worn by the 38-year-old Beyoncé and her dancers in the film.

In the photo, the "Hello" singer sat below her television and held her hand up as the movie played, donning a dark top with yellow crescent moons, much like what Beyoncé was wearing on screen.

"Thank you Queen for always making us all feel so loved through your art," read the songstress' caption.

Adele has been a very vocal fan of the "Formation" singer, even offering Beyoncé immense praise after beating her out for album of the year at the Grammys in 2017.

"I can't possibly accept this award, and I'm very humbled and very grateful and gracious, but my life is Beyoncé, and the album to me -- the 'Lemonade' album, Beyoncé -- was so monumental, and so well thought out, and so beautiful and soul-bearing," said Adele during her acceptance speech.

"We all got to see another side of you that you don't always let us see, and we appreciate that. All us artists adore you. You are our light," she continued. "The way that you make me and my friends feel, the way you make my Black friends feel is empowering, and you make them stand up for themselves. I love you. I always have. And I always will. Grammys, I appreciate it."

The signer even famously broke her Grammy in half -- albeit off-screen -- presumably to share it with the "Spirit" singer.