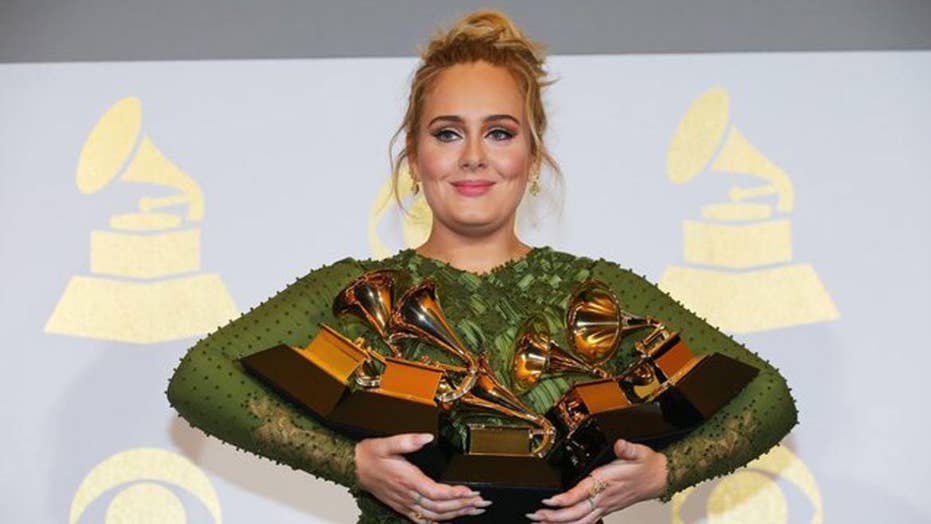 Adele delivered wedding-goers an unexpected treat over the weekend when she not only gave a rare performance but also appeared to leak when she would be dropping her next album.

The “Someone Like You” songstress took the stage at the nuptials of her best friend Laura Dockrill in London on Saturday night, according to Rolling Stone. However, before belting out an impromptu set, Adele straight up told reception-goers to “expect my album in September,” a clip obtained by Pop Crave showed.

For fans, the off-the-cuff announcement came nearly five years since the “Hello” performer released her last album, “25” in November 2015, which landed Adele a Grammy for album of the year.

Per Rolling Stone, Adele also officiated the wedding ceremony Saturday before taking the stage to sing “Rolling in the Deep” and many covers such as Beyonce’s “Crazy in Love,” Candi Staton’s “Young Hearts Run Free” and the Spice Girls’ “Spice Up Your Life.”

The 15-time Grammy winner has seen her career take off since she burst on the scene with her debut album, “19,” in 2008.

In September 2019, the 31-year-old filed for divorce from her husband, Simon Konecki. At the time, sources told People magazine that Adele and Konecki had decided to raise their son, Angelo, “together lovingly.”

The singer had also been in the news recently after she debuted her incredible weight loss. She reportedly told a fan on the beach that she had lost 100 pounds so she could be a better mother to her son.

“It’s easy to just focus on her physical transformation, but this is really about something bigger," an insider revealed to People of Adele’s slimmed-down figure. “She got to the point where she didn’t feel great. She knew she had to change something, because she wants to be the healthiest mom possible.”

The insider added: “Her whole focus during the weight loss journey has really how been all about how she can be healthier and how can she treat her body better.

“It was never about losing weight. Her weight loss happened because she has cut down drinking and is eating more real food. But she now loves her physical transformation too. She is more confident, dresses differently and she just seems happier overall.”

Representatives for Adele had no comment when reached by Fox News.