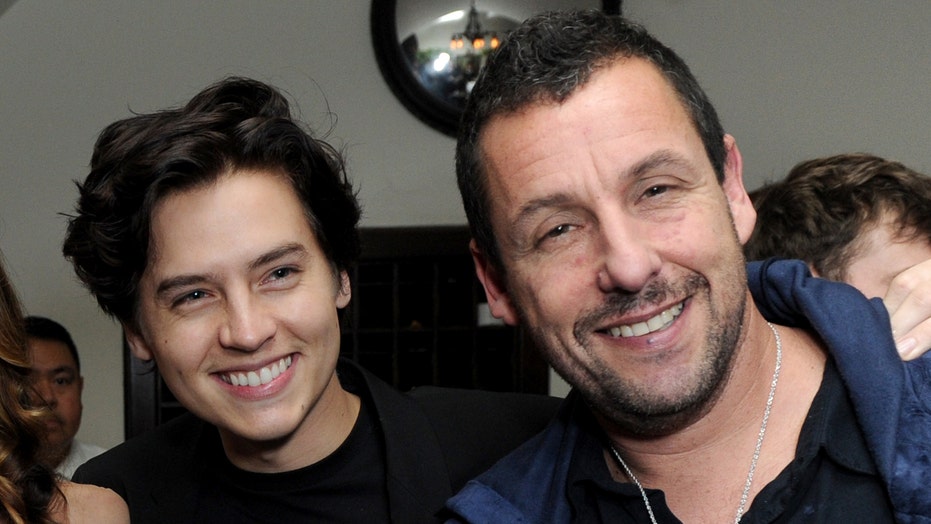 When he was just 6 years old, Sprouse played Sandler's adopted son in "Big Daddy," a role which he shared with his twin brother Dylan.

The film tells the story of a man who adopts a child in a desperate attempt to win back his girlfriend. In typical Sandler fashion, hilarious antics ensue.

Sandler, 53, and Sprouse, now 27, reunited and posed for photos at the premiere of the "SNL" star's film "Uncut Gems," a deviation from Sandler's comedic movies like "Big Daddy."

On Wednesday, the "Happy Gilmore" star told Entertainment Tonight that he had one very specific problem with the film's original script: the name of his character's girlfriend.

Played by Julia Fox in the film, Ratner's mistress was originally called Sadie.

ADAM SANDLER ON HOW HE BATTLED STAGE FRIGHT, HAVING NO MONEY BEFORE LANDING 'SNL'

Sandler is the father to Sadie, 13 and Sunny, 11. He then went on to speak about his family and how he doesn’t want his children to watch the film.

Adam Sandler with twins Cole and Dylan Sprouse at the premiere of their movie, 'Big Daddy,' in June 1999 in Los Angeles, Calif.  (Brenda Chase/Online USA, Inc. via Getty Images)

"[There's] some dirty stuff, yes. I was filthy in this movie," Sandler pointed out. "And yes, it doesn't look great, but it's a good movie."