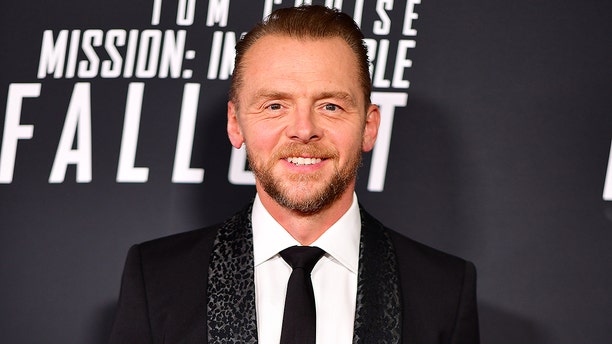 Add Simon Pegg to the list of actors who’ve undergone radical transformations for a role.

The British comedian surprised fans this weekend when he showed off his extreme weight loss and muscle gain for the upcoming film, "Inheritance."

His personal trainer Nick Lower originally shared the photo on Friday and included the caption: “Simon Pegg 6 month body transformation for ‘Inheritance’ Movie. The brief for this role was lean, VERY lean. It required a specific body shape & look.”

"Inheritance" explores what happens when the patriarch of a wealthy and powerful family suddenly passes away, leaving his wife and daughter with a shocking secret inheritance that threatens to unravel and destroy their lives.

As Deadline previously reported, Pegg’s "Terminal" director Vaughn Stein is helming the film, and Lily Collins has signed on to co-star after Kate Mara dropped out as female lead because of scheduling changes.

Matthew Kennedy wrote the script, and Richard B. Lewis is producing via his Southpaw Entertainment with David Wulf.

Pegg’s other credits include "Shaun of the Dead," "Hot Fuzz," "Star Trek" and "Mission: Impossible – Fallout."