Actor Nick Searcy featured in such films as Cast Away and FX's "Justified," sat down with Fox News on Wednesday to discuss his upcoming documentary for the Western Conservative Summitt, entitled: "America, America, God Shed His Grace on Thee."

The film draws from various interviews with conservative icons and pillars of America's faith community, as they discuss the impact that God had on the nation's founding, and why it's important to retain those values going forward into the future.

"It's a film that tries to tell the story of the relationship between God and America, from it's founding until now -- in one hour," Searcy said laughing. "It's a pretty ambitious project."

Things were somewhat rocky out of the gate after the initial trailer for the film was flagged by YouTube for having inappropriate content. Searcy said the incident was confusing, given the tame nature of the movie.

"They flagged the trailer we put out, a four-minute trailer, saying that it had disturbing graphic content or something about sensitive issues," he explained. "Basically, the only thing we could possibly figure out that might have been sensitive or graphic is, there are about four seconds of actual riots that are happening in America -- and the rest of the time it's just people talking about the Bible. So I don't know which of those two things they found so offensive but it was one of the two. It couldn't have been anything else."

The veteran actor said he was humbled to be in the presence of so many great minds, adding that the film will be screened online in place of the Western Conservative Summitt gathering, which was altered due to the coronavirus outbreak.

"It was humbling to be in the room with all these people. It really was," he said. "People like Ben Carson, Herman Cain, Ben Shapiro, Alveda King, and Andrew Young -- all in Atlanta we did these. Just a really smart, wonderful, enjoyable group of people to be in a room with for a couple of hours. It was an honor to have a conversation with each of them." 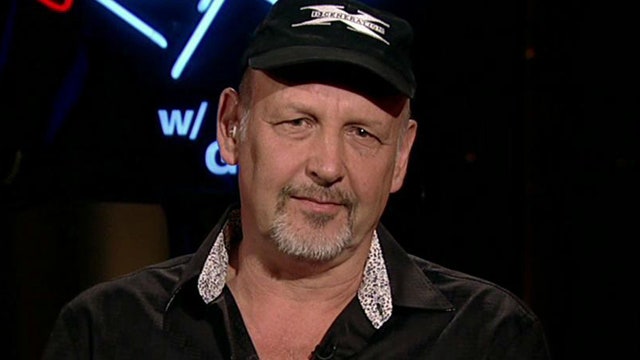 Searcy also said the movie has Cain's last sit-down interview before he passed away in July at age 74.

"It's Herman Cain's last interview," he added. "That was an incredible experience. In the film, we give people an idea, in a short time, what Herman Cain was really like and what a wonderful man he really was. He was more than just a politician or businessman. He was a hilarious, fun person just to be around and I think we get that across in the movie."

Alveda King spoke with Fox News about her part in the cinematic undertaking and stressed the deep need for God in America today.

"America needs God. It's time to return to God; as a one blood-one human race nation," she told Fox News in a text message.

Searcy, who is a conservative Christian, goes against the grain of Hollywood's political agenda. His opinions are unpopular in his chosen field, but he said he's too old to kowtow or pretend for the sake of fame, as others have done.

"There's a few of us," he explained. "It's funny, you wouldn't know it from what you see in the news but there are more people out here that agree with me than you would think. A lot of them come up to me and say, 'You're crazy! I wouldn't speak out the way you do, because I know it would hurt my bottom line.'"

He also claimed there are more closeted conservatives in the film industry than the public might believe.

"It is sort of an unpopular view out here but as I've gotten older my priorities have changed anyway," Searcy continued. "And I'd rather be honest and work towards the kinds of things that I want to see in the world -- rather than just being a hired hand and saying whatever Hollywood wants me to say, whether I agree with it or not. I've kind of -- gotten pickier -- in my old age."

He added, "It's a real experiment, this movie because it's a combination of informative and funny and touching. The material is important. It's key to our nation's survival -- but it's also enjoyable to watch. It's not heavy or ponderous. There's a lot of great humor in it and it's touching."

This film is set to come out on October 10th, less than one month before election day.