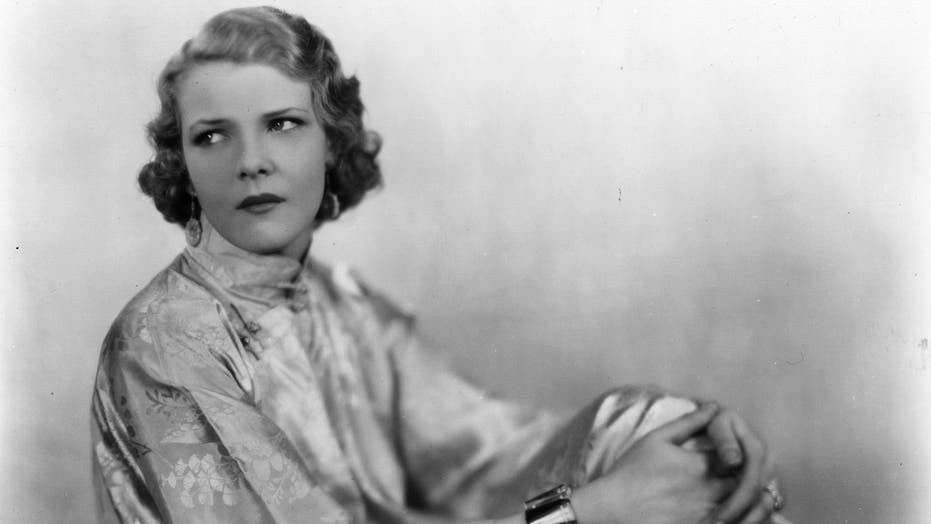 EXCLUSIVE: After making 33 films and starring alongside Laurence Olivier and Cary Grant, Elissa Landi walked away from Hollywood without regret.

The actress, who passed away in 1948 at age 43, has since been seemingly forgotten with time - at least, until now.

Author Scott O’Brien, who has written seven biographies on classic cinema legends, recently released his eighth book dedicated to the late star titled "Elissa Landi: Cinema’s Empress of Emotion." For his newest book, O’Brien researched archived documents as well as connected with Landi’s daughter and niece, piecing together a life story that hasn't been told before.

KIM NOVAK EXPLAINS WHY SHE LEFT HOLLYWOOD: 'I FELT LIKE I WAS LOSING MYSELF'

The actress is the subject of a new book by Scott O'Brien titled 'Elissa Landi: Cinema’s Empress of Emotion.' (Photo by General Photographic Agency/Getty Images)

"She intrigued me," O’Brien told Fox News. "Her name occasionally comes up among classic movie fans, but she didn’t have the same visibility as say, Marilyn Monroe, Rita Hayworth or Lana Turner, who had big studios promoting them for years. Elissa never had that. The fan magazines and newspapers would show interest and give her some visibility, but not a major studio."

Landi was born Elisabeth Marie Christine Kühnelt in Venice, Italy. She was raised in Austria and educated in England, sparking rumors she was a descendent of Emperor Franz Joseph of Austria.

"One of the burdens Elissa had to deal with most of her life was her mother Caroline’s claim of being the illegitimate daughter of Empress Elisabeth of Austria," O’Brien explained. "Caroline wrote a book in 1914 titled ‘The Secret of an Empress’ that attempted to substantiate her royal bloodline. Few critics believed her story."

While Landi’s dream was to become a writer, she got her start on the stage. When she arrived at Fox Studios in the fall of 1930, the novelist already had nine films and over a dozen stage plays to her credit.

Elissa Landi was coined 'The Empress of Emotion' due to her alleged royal bloodline. (Fox/Courtesy of Scott O'Brien)

After a screen test, Landi signed a three-year contract in Hollywood where she was poised to become the next sought-after leading lady alongside Greta Garbo and Marlene Dietrich. She was nicknamed the "Empress of Emotions."

"Unfortunately, they didn’t really give her any real knockout roles," said O’Brien. "And they wouldn’t loan her out to other studios. It seemed as though there were many missed opportunities during her time in Hollywood. She also didn’t like the idea of being pigeonholed."

Actress Elissa Landi concentrates on a bit of writing between takes of the Paramount film 'The Great Flirtation', directed by Ralph Murphy. (Photo by Hulton Archive/Getty Images)

"When you think of stars like Marilyn Monroe, Jayne Mansfield, Hedy Lamar, Lana Turner - they all represented a certain type," he continued. "And in the roles they played, there was a similarity. You knew what to expect from a Monroe film. Elissa didn’t want to be typecast. But, Hollywood is famous for typecasting people. She didn’t want to be a glamorous star whenever she walked out the door. She didn’t want to fit into that image. That worked against her."

While Landi kept busy acting during the ’30s, she was coined "the loneliest woman in Hollywood" because she rarely mingled with the film set at parties, the Los Angeles Times reported. According to the outlet, she was so reticent that her seven-year marriage to London attorney John Cecil Lawrence became known in Hollywood only after they divorced in 1935.

"I have little to offer the usual Hollywood group," Landi once said, as quoted by the outlet. "I adore solitude. I like to be alone, as far as human beings are concerned. I have six dogs and five cats to tag at my heels."

Landi’s best-known role is that of 1932’s "The Sign of the Cross" by Cecil B. DeMille. She was loan out to Paramount to play Mercia, an innocent Christian girl. The epic drama about Roman emperor Nero was so controversial due to its provocative, lustful scenes that the Catholic Church established The Legion of Decency, which aimed to identify any questionable content depicted in films.

It wouldn’t be until 1989 when UCLA restored the film to its original glory.

"The entire film is spectacular," said O’Brien. "She was a natural. The whole film has all the extravagant qualities you would expect from a DeMille movie. It also has lots of contemporary elements to it."

"Elissa had a subtlety that few actresses possessed," O’Brien shared. "She never overacted or made a scene bigger and more dramatic just for show. She didn’t do that. She had a genuine edge that’s also very modern."

Despite receiving praise over the years, Landi yearned to play other roles that wouldn’t typecast her.

According to O’Brien’s book, when asked if she was satisfied with the parts that the studio was offering, Landi responded, "Good heavens, no."

"Look at that awful part in ‘After the Thin Man’ [1936]," she explained. "They said it was a big picture - well, what of it? My part wasn’t big. But I’ve decided I’ll not let the studio say I’m difficult, so I do every role they give me and say nothing."

MOTHER DOLORES HART EXPLAINS WHY SHE LEFT HOLLYWOOD TO BECOME A NUN: ‘GOD CALLED ME’

Elissa Landi with James Stewart in 'After the Thin Man.' (MGM/Courtesy of Scott O'Brien)

"She had a lot of fans and one of her champions was Irving Thalberg, a major producer at MGM," said O’Brien. "He truly believed that Elissa could become a great star. However, Louis B. Mayer, who ran MGM, wasn’t interested in her."

Thalberg passed away suddenly in 1936 at age 37 from pneumonia. A year later, Landi was cast in 1937’s "The Thirteenth Chair," a role where she had a mere 10 lines.

"It’s easy to understand why she didn’t want to put up with Hollywood anymore," said O’Brien. "She lost her champion who was Thalberg and they kept putting her in all these B movies where she received third and fourth billing. This was someone who once had first or second billing. It was the final straw."

Landi finally left Hollywood in late summer 1937. She would declare, "Hollywood - I wasted seven good years of my life there."

INGRID BERGMAN’S GRANDSON RECALLS GROWING UP WITH THE ‘CASABLANCA’ STAR, HOW SHE ENDURED ROMANTIC SCANDAL

"Gossip columns would say, ‘Elissa Landi left Hollywood - whatever happened to her?’" said O'Brien. "Elissa knew gossip was used to punish people who said bad things about Hollywood. The reality is she didn’t abandon her career. She abandoned Hollywood."

In 1943, Landi married Curtis Thomas who fulfilled her dream of becoming a mother. She welcomed a daughter a year later in 1944, whom she named after her mother.

According to O’Brien, Thomas was gay.

"Caroline revealed this to me," he said. "Most likely Elissa knew of Curtis’ sexual [preference] by the time she passed away. They had been married for five years."

AUDREY HEPBURN’S SON ON HOW SHE COPED WITH CHILDHOOD FAMINE DURING WWII: 'HER DREAMS KEPT HER GOING'

"Caroline told me that her father was a kind, gentle presence in her life," he continued. "They traveled to Europe together for several years. Curtis often was accompanied by a young male protege… As Curtis was born in 1905, his generation didn’t really talk about their sexual preferences. He and Elissa were still married at the time of her death."

"[Later] in the early 1950s, he considered going into the priesthood, a common ‘escape’ venue for gay men of his generation," O’Brien alleged. "He stuck to teaching instead. [Looking back,] Curtis was very supportive of Elissa’s career and he didn’t mind being a stay-at-home dad while she was on tour."

O’Brien said Landi’s final years were far from tragic. The family lived in Kingston, New York where she immersed herself in writing, plays, and hosting lectures. She did over 40 stage roles and had numerous radio credits to her name.

"She enjoyed it a lot more than Hollywood," he said. "She was really happy during those final years with her husband Curtis."

But Landi faced the final curtain sooner than she anticipated. She died from cancer that had spread from her abdomen to her brain. Caroline was just four years old.

Today, Landi has a star on the Hollywood Walk of Fame. O’Brien hopes his new book will introduce her to a new generation of classic movie fans.

"I hope my book will help readers appreciate her performance," he said. "And I hope it helps readers better understand the real Elissa Landi."