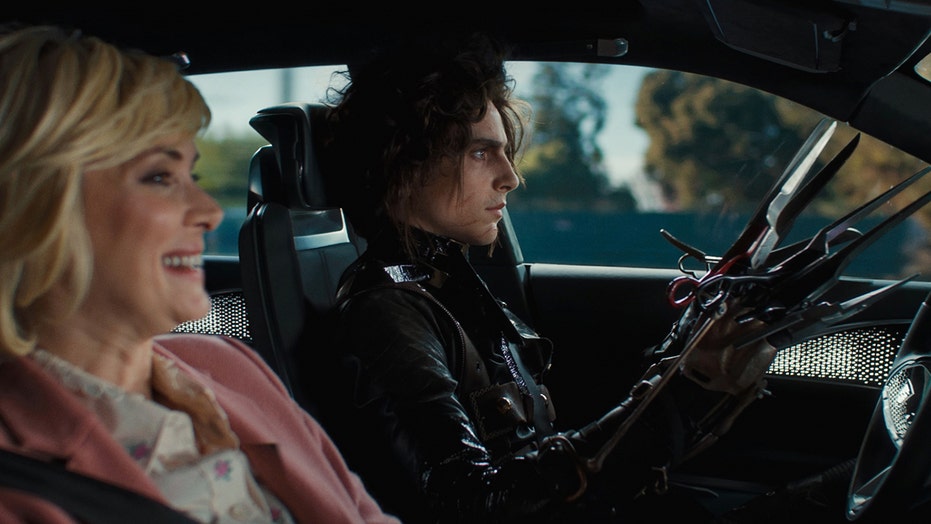 The all-new Cadillac Escalade SUV is more like a luxury car than ever before, says Fox News Autos Editor Gary Gastelu.

The ad features Winona Ryder playing an older version of her character Kim from "Edward Scissorhands," alongside her son Edgar, who is played by Timothee Chalamet in a costume similar to the one Johnny Depp wore in the classic fantasy film.

The spot depicts a day in Edgar's life, where he overdoes the creativity at his job in a chopped salad bar, gets his "hand" stuck in a fence, uses a smartphone with a cracked screen and is apparently denied entry to a bus.

Near the end, Kim spots him playing a VR racing game with his hands in the air and gets the idea to buy him the upcoming Cadillac Lyriq electric SUV, which is expected to have a starting price of $59,995.

The reason she chose it, of course, is that it is available with GM's Super Cruise electronic driver aid, which allows for hands-free driving on certain highways.

The Lyriq is scheduled to go on sale in 2022 and also features in GM's other Super Bowl ad, which focuses on the automaker's new push to sell electric cars.