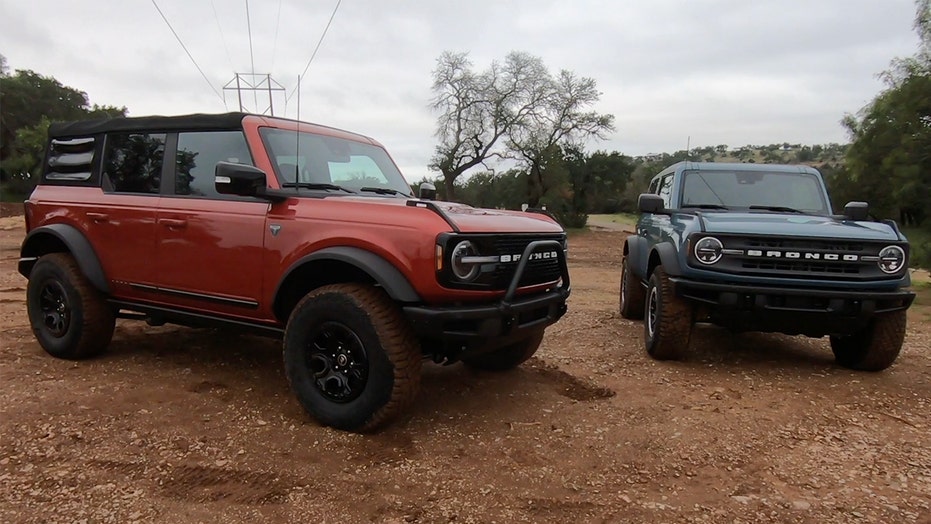 The 2021 Ford Bronco is the first model to wear the name in 25 years. Fox News Autos Editor Gary Gastelu travelled to Texas hill country to find out if it lives up to it.

The last thing you want to do in a 4x4 off-road vehicle is flip it, but that's what some 2021 Ford Bronco owners are trying to do -- so to speak -- with their new SUVs.

Several of the in-demand model, which is just starting to hit dealers and remains in very low supply due to production delays, have been listed online with six-figure prices as high as $150,000.

New Bronco prices range from $30,000 to $63,000, but it's sold out for the first year and possibly the second, which offers an opportunity to those who have taken delivery to make a profit if they don't mind waiting to buy a new one down the road.

Motor 1 found several Ebay listings with Buy it Now prices of $150,000 and, as of this writing, the high bid for at least one active auction with several days left had reached $95,000. There are also multiple listings on Facebook Marketplace at $100,000 or more.

A few Ford dealers are getting into the act, as well. Fox News Autos recently spotted a Bronco listed for $150,000, while the high price on Cars.com is currently $99,999.

Most dealers appear to be sticking closer to the MSRP, and a number have publicly pledged to do that, but a Ford spokesman told Motor Authority last year that the automaker wouldn't make an effort to reign in any "additional dealer markup" on the truck.