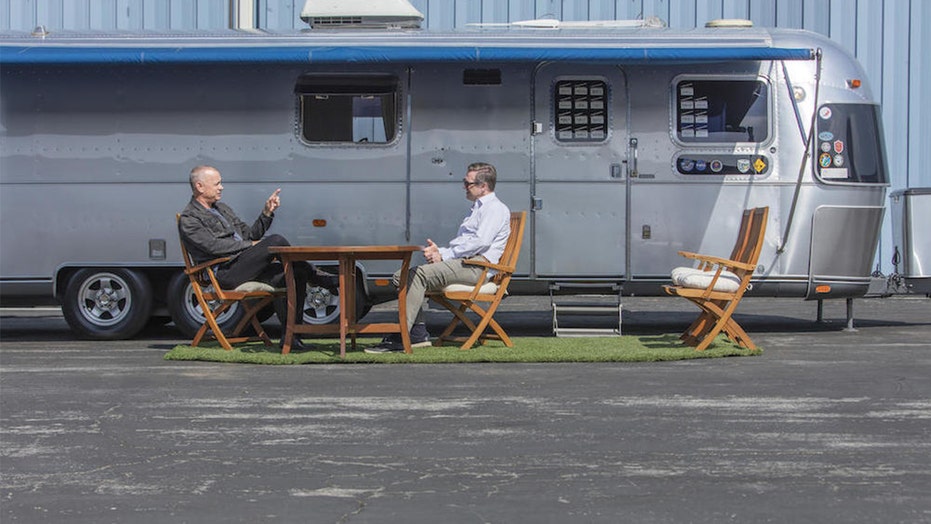 Recreational vehicles have seen such a boost in popularity during the coronavirus pandemic that they're becoming a common sight on the road, but there's one coming up for sale that's stands out from all the rest.

Hanks purchased the vehicle in 1993 to use on the set of "Sleepless in Seattle" and had it customized to make it homier than the trailers with "ugly décor and horribly uncomfortable furniture "he was used to working in the movie business.

"I didn't want anything built-in, other than the kitchen and bathroom, so it had only a desk and cupboard in the back, a futon platform on the floor, and room for a small table and chairs," Hanks wrote in the listing for the lot, which will be offered at the Bonhams Quail Lodge Auction on Aug. 13.

It also has a twin bed, standalone couch, faux fireplace, vintage phone and stickers commemorating the 18 locations it was used at through 2017, including Seattle, Venice, Calif., and Nashville.

He's also selling his vintage 1980 Toyota FJ40 Land Cruiser which, unfortunately, doesn't have a high enough tow rating to pull the Airstream, although the two would make quite a pair.