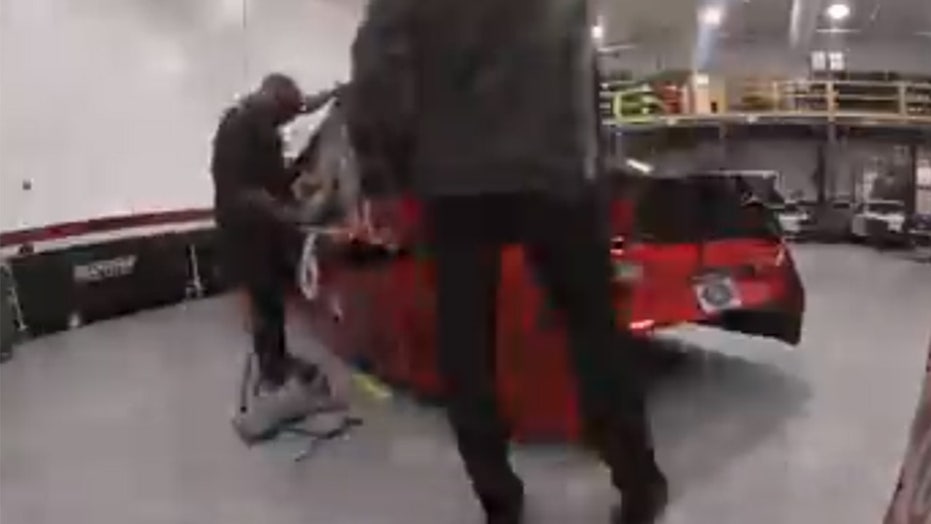 Now this is how you get dressed for success.

Roush Fenway Racing has posted a time-lapse video of driver Ryan Newman’s car being wrapped in its latest sponsor livery.

NASCAR teams, along with those in many racing series, use vinyl wraps on their cars because they’re lighter than paint and easier to update week to week.

The car bodies are made from a mix of steel, carbon fiber and composite parts that would also complicate the painting process. Instead, the video shows how several sheets of vinyl imprinted with graphics are trimmed to fit and heated up to stick onto the car.

Newman’s No. 6 Ford Mustang will be sporting a new Hy-Vee supermarket livery for the Hollywood Casio 400 at Kansas Speedway on Sunday. The 42-year-old driver is currently in 25th place in the season standings, but has been eliminated from championship contention as the NASCAR Playoffs moves to the round of eight.