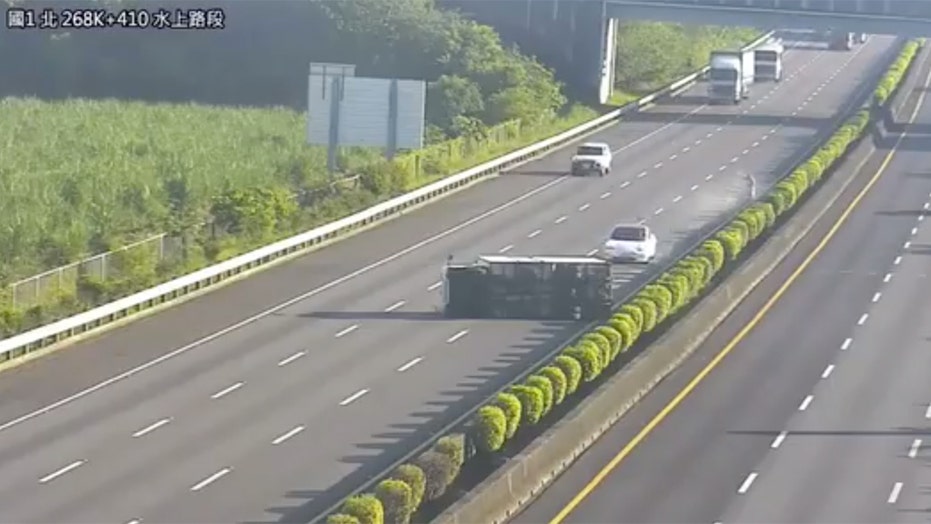 Traffic cameras captured the moment when a Tesla slammed into an overturned cargo truck in Taiwan early Monday morning.

The white Model 3 is seen in the fast lane approaching the white truck lying across the highway, as another vehicle slows and drives around it.

According to local media, the driver was uninjured and told emergency responders that the car was in Autopilot mode, but did not have its more Full Self-Driving Capability feature engaged. Autopilot is advertised with the ability to steer the car within a lane and brake for vehicles and other obstacles, while Full-Self Driving can execute lane-changes and other advanced maneuvers.

The driver reportedly told authorities that he saw the truck and manually hit the brakes too late to avoid the crash, which is apparently indicated on the video by a puff of white smoke coming from the tires.

Tesla, which has the ability to collect operational data from its customer vehicles, has not yet commented on the incident. It's not clear at what point Autopilot should have engaged the brakes itself. Autopilot was previously involved in two fatal accidents in Florida, when Model S sedans failed to recognize and stop in time for tractor-trailers crossing highways.

In May, Tesla CEO Elon Musk predicted that by the end of this year the evolving Full Self-Driving feature will allow a car to drive itself from an owner's home to their office “most of the time with no interventions,” and that the feature, which currently costs $7,000 in the U.S., will be worth $100,000 when full autonomy is achieved.