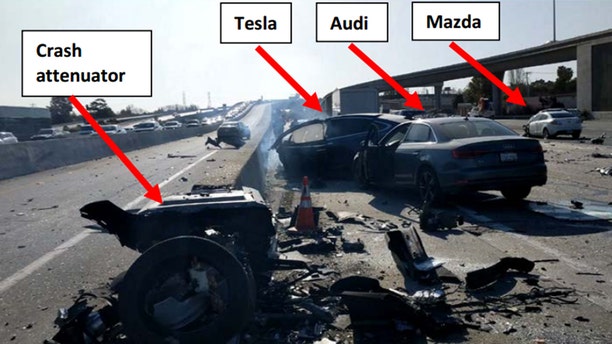 Federal investigators say the driver of a Tesla with its semi-autonomous Autopilot feature engaged did not have his hands on the wheel in the seconds before he struck a divider on a California highway.

Walter Huang was fatally injured when his Tesla Model X P100D slammed into a previously damaged crash attenuator on Highway 101 in Mountain View on March 23. 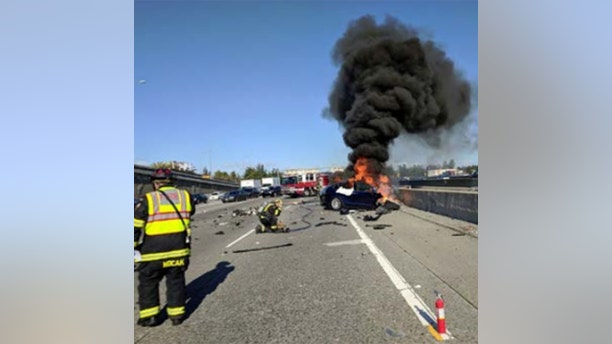 The preliminary report issued by National Transportation Safety Board (NTSB) on Thursday says that data collected from the car indicates that Huang had been using the semi-autonomous Autopilot feature for 18 minutes and 55 seconds prior to the accident.

Autopilot can steer and brake itself under certain circumstances, but requires drivers to periodically touch the steering wheel to indicate that they are paying attention. 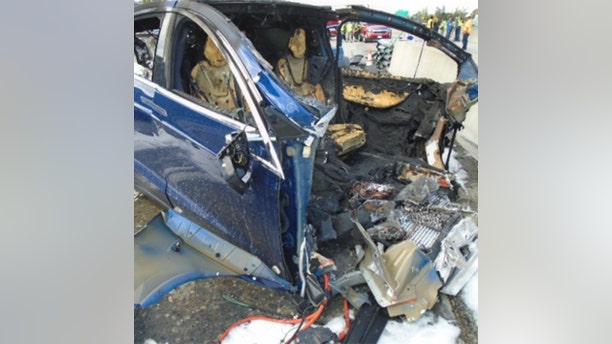 In the 60 seconds leading up to the crash, Huang did this on three occasions covering a total of 34 seconds, but was not touching it during the six seconds before impact. The final point corroborates a statement Tesla made a week after the accident.

Huang’s car was set to a speed of 75 mph in a 65 mph zone, but had slowed down because there was a vehicle in front of it. Seven seconds before the crash, the Tesla started to steer toward the gore area between the main highway lanes and the exit for SH-85, accelerating from 62 mph to 70.8 mph as the lead vehicle was no longer in front of it. It hit the divider at that speed without braking or making any evasive steering maneuvers, according to the NTSB report.

Bystanders removed Huang from the car before its battery pack caught fire, and he was transported to a nearby hospital where he died later from his injuries. Two other vehicles were damaged in the incident, with one driver suffering minor injuries.

The investigation is ongoing and could lead to the NTSB issuing new safety recommendations aimed at preventing similar accidents.

Tesla has not yet commented on the NTSB report