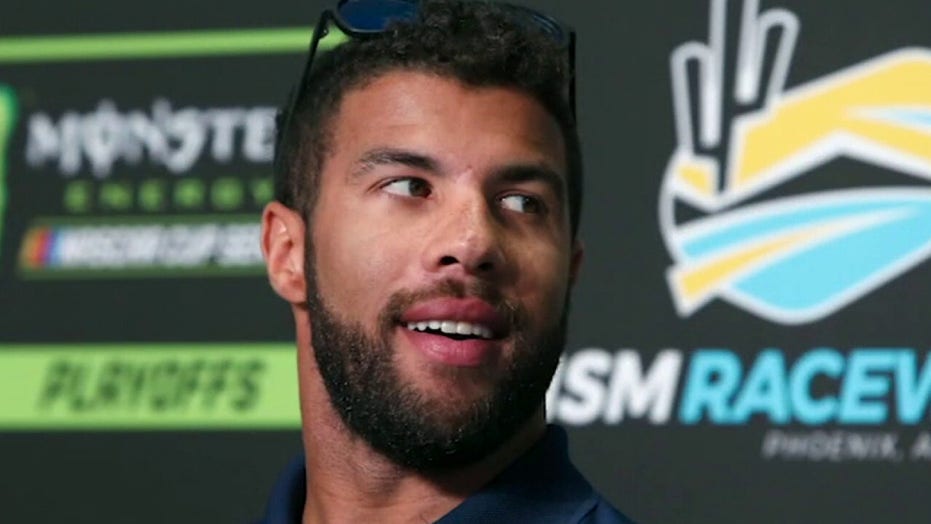 The FBI concludes that the 'noose' in NASCAR driver Bubba Wallace's garage was a pull down rope; reaction from Burgess Owens, former NFL player and congressional candidate, and Niger Innis, spokesman for the Congress of Racial Equality.

The owner of a North Carolina race track is under fire for advertising a “Bubba Rope” promotion on Facebook Marketplace.

The post came after the FBI announced on Tuesday that a garage door-pull rope tied into a noose-style knot found in NASCAR start Bubba Wallace’s garage at Talladega Superspeedway was not a hate crime directed at the African- American driver.

The post from Pine Hill, N.C., 311 Speedway owner Mike Fulp said, “Buy your Bubba Rope today for only $9.99 each, they come with a lifetime warranty and work great,” but was deleted after receiving several critical comments from self-described loyal spectators.

NASCAR released this image of the noose found in Wallace's garage. (NASCAR)

Fulp did not include an image with the post. A company called Bubba Rope sells tow and recovery ropes for off-road trucks that range in price from around $60 to $1000, but it is not known if that is what he was referring to.

"This incident of racism is horrific and shameful,'' a spokesperson for Governor Roy Cooper told the Winston-Salem Journal.

"North Carolina is better than this.''

“It is horrible that someone would post something of that nature,'' Crisp said.

Earlier in the week, Fulp posted a message to Facebook announcing that the speedway was sponsoring a “Heritage Night” on June 27, and encouraged fans to purchase Confederate flags and caps, adding “don’t forget your 2nd Amendment Right.” The Confederate flag is flown next to the American flag at the track.

Fulp also advertised a $5 Ladies Night for Saturday and said anyone who kneels for the national anthem will be escorted off of the property.

Two phone numbers associated with Fulp are currently out of service and no one was answering the phone at the track on Thursday, according to the Associated Press.