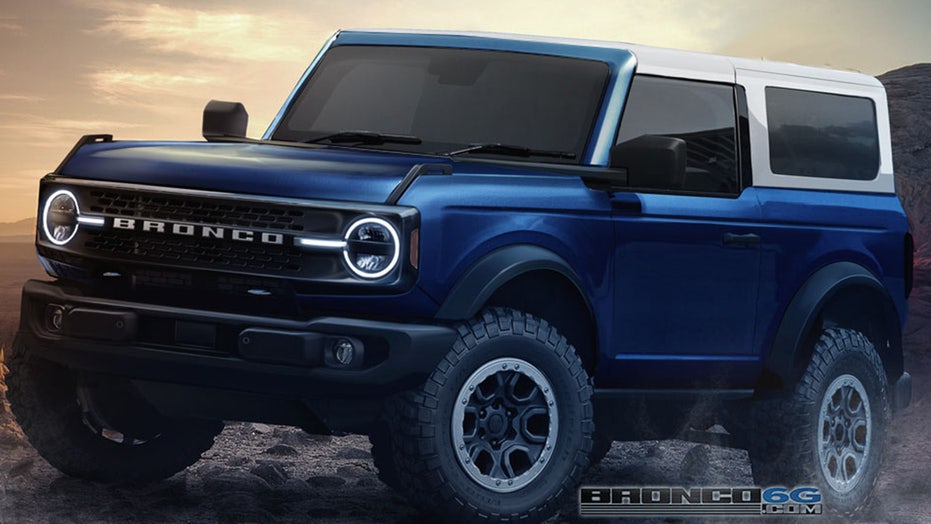 The clock is ticking for the Ford Bronco reveal.

The automaker has promised that the all-new SUV will be unveiled this spring, which technically ends with summer’s arrival on June 20.

No firm date has yet been announced, but Ford has offered a sneak peek at a couple of disguised prototypes being tested in the Georgia woods.

In a video posted to the Ford-sponsored Bronco Nation owner and fan website, two-door and four-door models can be seen being driven through a muddy forest, which doesn’t give away much detail about the trucks except for a glimpse at some off-road tech.

As the four-door Bronco makes a turn around a tree, the left rear tire can be seen locking up, which creates a pivot that helps it turn more sharply on slippery surfaces with its full-time 4x4 system engaged.

Toyota has offered a similar feature in its venerable Land Cruiser for years, and in Fox News Autos testing it made a significant difference in the full-size SUV’s ability to take tight turns.

However, the Land Cruiser is equipped with a Torsen limited-slip center differential that offers full-time operation, and the feature only works when it is unlocked, suggesting the Bronco may use the same type of drivetrain.

CHECK IT OUT: THIS IS PROBABLY THE NEW BRONCO BEFORE YOU'RE SUPPOSED TO SEE IT

What is known is that the Bronco will be built alongside the Ranger pickup at Ford’s Michigan assembly plant in Wayne. Unfortunately for those waiting for its arrival, while a date for the start of production also hasn’t been confirmed, the post on Bronco Nation echoes what Ford COO Jim Farley said on the company’s first-quarter earnings call in April that the Bronco won’t be available until “next year.”

If you're anxious to see what the production version will likely look like when it finally is revealed, independent fan site Bronco6G.com has created a series of renderings based on the prototypes and other leaked images in all of the colors it is expected to come in when it finally goes on sale, and you can see them all at this link.