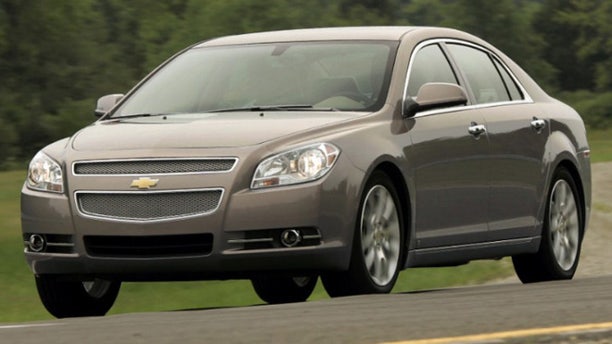 General Motors is recalling nearly 474,000 Chevrolet, Pontiac and Saturn cars to fix a transmission problem that can cause the cars to roll away unexpectedly.

The recall affects 2007-2010 Chevrolet Malibus, Pontiac G6s and Saturn Auras in the U.S., Canada and Mexico as well as a small number of exports. All the cars have four-speed automatic transmissions.

GM says part of the transmission cables can break. That can cause the shifter to show that the car is in park when it's really in gear. GM says it knows of four crashes from the problem but no injuries.

Dealers will put a retainer over the end of the cables or replace them. Owners will be told by letter when to set up appointments with dealers.

The problem was discovered as GM gathered data for a U.S. government investigation of a similar problem with transmission cables on the same cars.

GM spokesman Alan Adler said that as part of the recall, dealers will put retainer covers over both ends of the cables to fix both problems. In some cases, the whole cable will have to be replaced.

The government began investigating the cars last year after getting reports of seven crashes and one injury.

At that time the recall involved 2009 model year versions of the Buick Enclave; Chevrolet Cobalt, HHR, Malibu and Traverse; GMC Acadia; Pontiac G5 and G6; and the Saturn Aura and Outlook. Only 75,000 of the vehicles had been sold, with the rest still at dealerships.