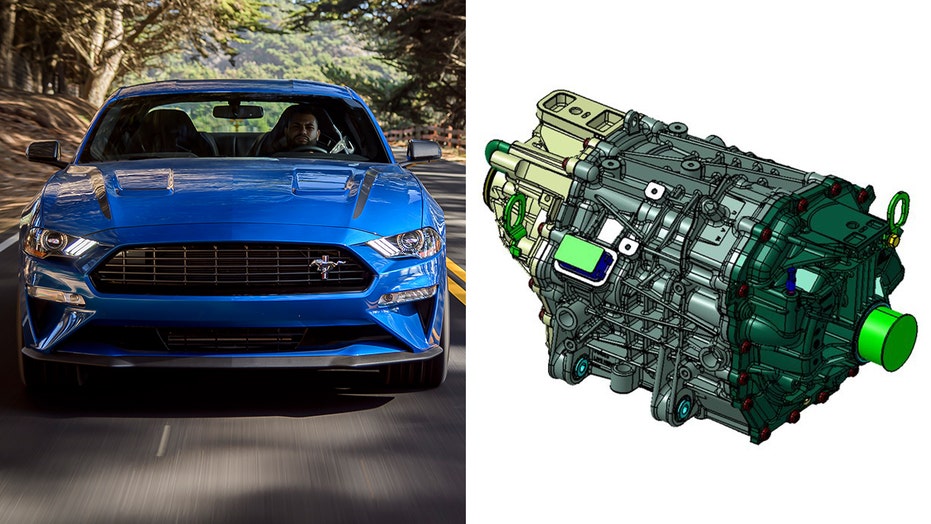 The 2021 Ford Mustang Mach 1 is the latest in a line of high performance Mustangs that dates back to 1969 and very different than the brand's other "Mach" model, according to Fox News Autos Editor Gary Gastelu.

It looks like Ford has a solution for Mustang fans who want an electric car, but aren't into the Mach-E.

The Ford Performance division has announced that it will introduce an electric crate motor for custom car applications at this November's SEMA show in Las Vegas.

The Eluminator borrows its name from Ford's line of Aluminator crate V8s and looks like it was designed to easily swap in for one of them and possibly connect to a standard transmission.

Technical details – aside from the 570 mm length of the unit – have not yet been revealed, but Ford says it is intended "for your restomod or project." Who's up for building an electric Crown Vic?

It's a similar concept to GM's Electric Connect and Cruise kit that was announced last year.

Additional information on the Eluminator will be released closer to the November 2-5 SEMA show.