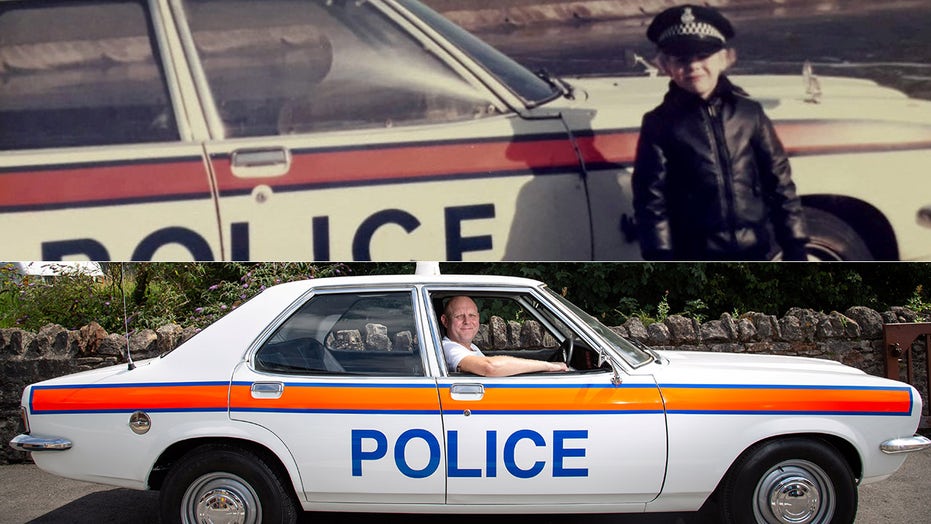 A Ford Mustang Shelby GT350R sold for record $3.85 million. It was raced by Ken Miles of 'Ford v Ferrari' fame before it was restored by noted car collector John Atzbach.

A retired policeman has a very special retired cop car to cruise around in after a chance discovery on the Internet.

Greg Barnett was browsing Ebay recently when he came across a 1978 Vauxhall VX90 painted like the patrol cars from his hometown of Durham, U.K., that looked very familiar.

The sedan reminded him of the car his father Barrie used to give high-performance driving instruction in for the Durham Constabulary, and it turns out that’s exactly what it was.

Scrolling through the images, he noticed expense sheets for gas and oil with his father’s name and handwriting on them that were left in the car.

Barnett contacted the seller, a garage owner who lived 300 miles away in Wells. The man told him that he had purchased the non-running car some time ago from a government lot and that he had spent his time in lockdown restoring it to roadworthy condition.

"It brought a lot of memories flooding back. It's as if the car has come back home."