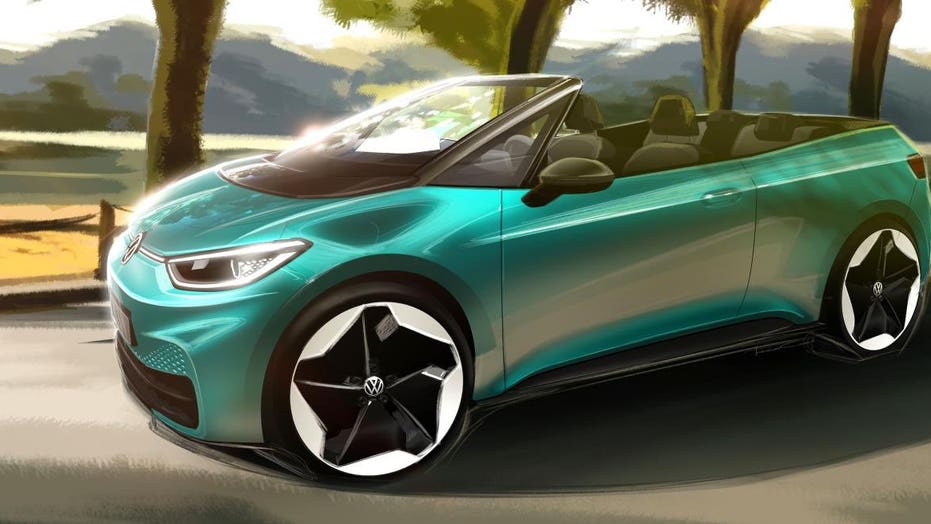 VW dune buggy is back for an electric future

Volkswagen is ready to clear the air in more ways than one.

VW CEO Herbert Diess has released sketches of a convertible electric car he said the automaker is "thinking" about bulding.

The drop-top is based on the new ID.3, which is a roughly Golf-sized compact four-door hatchback that's not sold in the U.S.

The images reimagine it as a zero-emissions two-door convertible in the spirit of the classic VW Cabriolet, which is something that's currently not available from any major automaker.

Diess didn't confirm that it will put it into production, but VW's modular skateboard-style electric platform was developed to accommodate a wide variety of vehicle types that ranges from subcompacts to minivans and has even been shown with a dune buggy body.