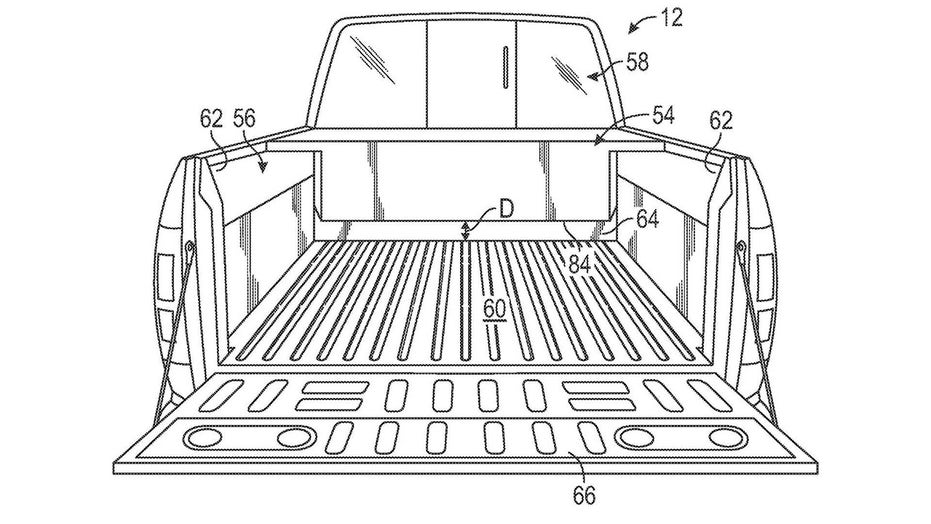 Ford’s upcoming electric F-150 may get some of its power from an unlikely source: Gasoline.

The Drive has discovered a patent filed by Ford that describes a generator that can be installed in the bed of an electric pickup to provide extended range capability for when the main battery runs out of charge.

The package slides into the front of the bed like the utility chests commonly used in pickups and would allow an owner to temporarily turn their truck into a plug-in hybrid, like a Chevrolet Volt or BMW i3 REx.

Utility boxes are a common accessory for pickups. (iStock/cudger)

Details on the powertrain contained in it aren’t mentioned, but a diagram of the device shows it to contain an engine, fuel tank, exhaust system and control electronics.

Ford hasn’t commented on the patent, but automakers often seek protection for ideas that aren’t necessarily destined for production.

However, the upcoming Ford F-150 PowerBoost hybrid does have a different kind of generator built-in. It can run off of the truck’s battery pack, or in concert with its turbocharged V6, to provide on-site electrical power in lieu of a separate portable generator.