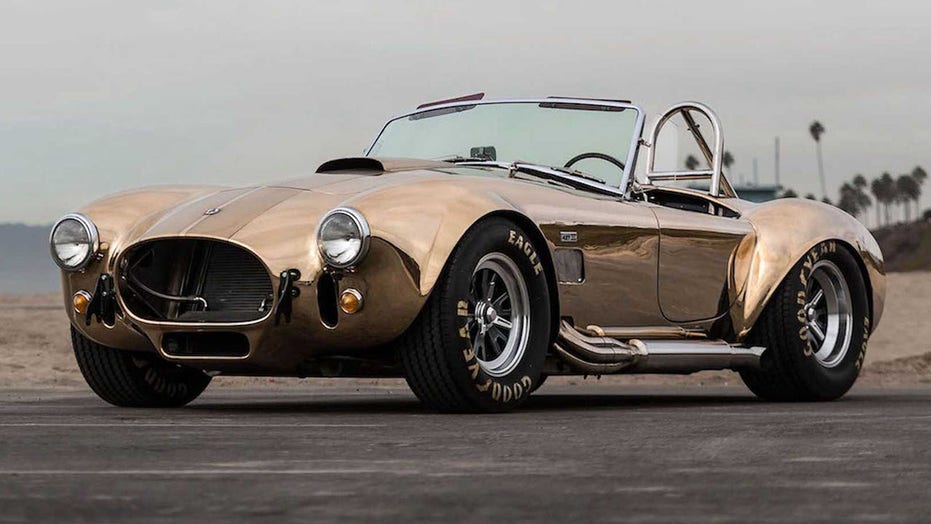 There weren’t any sports cars during the Bronze Age (as far as we know!), but now you can find out what it would’ve been like if there were.

A bronze-bodied replica of a 1965 Shelby 427 S/C Cobra replica is currently for sale at RM Sotheby’s.

The medal-worthy ride was built by Utah’s Kirkham Motorsports, which usually fabricates them out of aluminum, but has made a few other bronze ones. This particular example is unique in that it is a CSX 4600 continuation car with an authentic Shelby serial number.

The bare metal is unpainted to show off the company’s craftsmanship, but has been hand-polished and features two racing stripes brushed into the surface. Company owner David Kirkham told Fox News Autos that it weighs about 200 to 250 pounds more than one of the aluminum models and uses twice as many body parts due to the small size that bronze sheets come in.

A 650 hp 427 FE V8 engine bored out to 511 cubic inches built by the Carroll Shelby Engine Company is under the hood and sends 670 lb-ft of torque to the tires through a five-speed manual transmission.

The car is being offered for sale, not auction, at $475,000, which means its current owner thinks it’s worth about 100 times its weight in bronze.