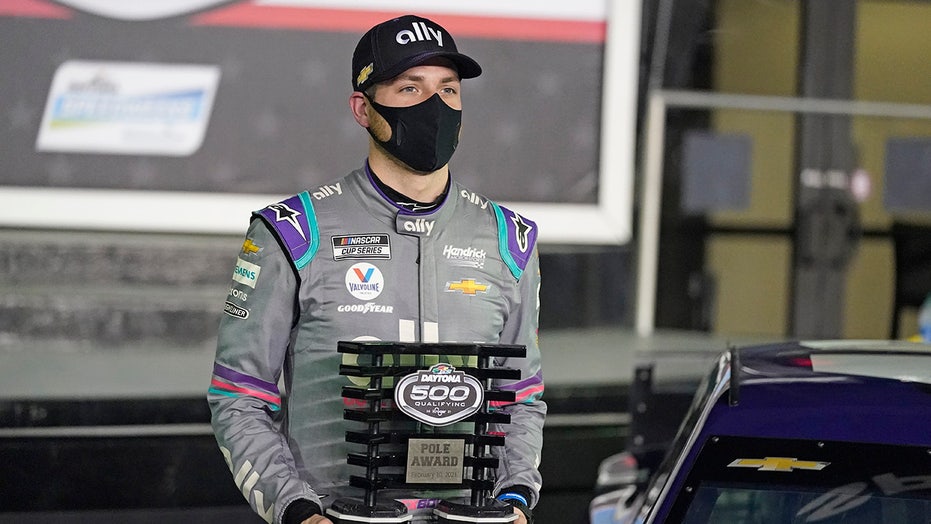 Hendrick Motorsports drivers Alex Bowman and William Byron swept the front row in Daytona 500 qualifying on Wednesday night, giving the team its sixth pole position in the past seven runnings of the event.

"I think it means a lot to Mr. H — he wants to win everything, like every category, he wants to be top of the list," Bowman said. "Here it really just comes down to who built the fastest race car. And I think it’s important for Hendrick Motorsports to come up and prove that they’re the ones that did that."

Greg Ives, Bowman's crew chief, has put one of his cars on the front row for five consecutive years dating to Dale Earnhardt Jr. in 2017. Ives has never had a car start lower than third since he became a Cup crew chief in 2015.

"We put a lot of time and effort into our speedway program. It’s a show car. It’s the pinnacle of the hotrods that we bring out of our race shop," Ives said. "There’s a lot of pride in every piece, every car, just from the paint job all the way down to the last nut and bolt."'

Qualifying now turns to The Duels, with the results of the twin Thursday night 150-mile races used to set the rest of the starting lineup for the Daytona 500.