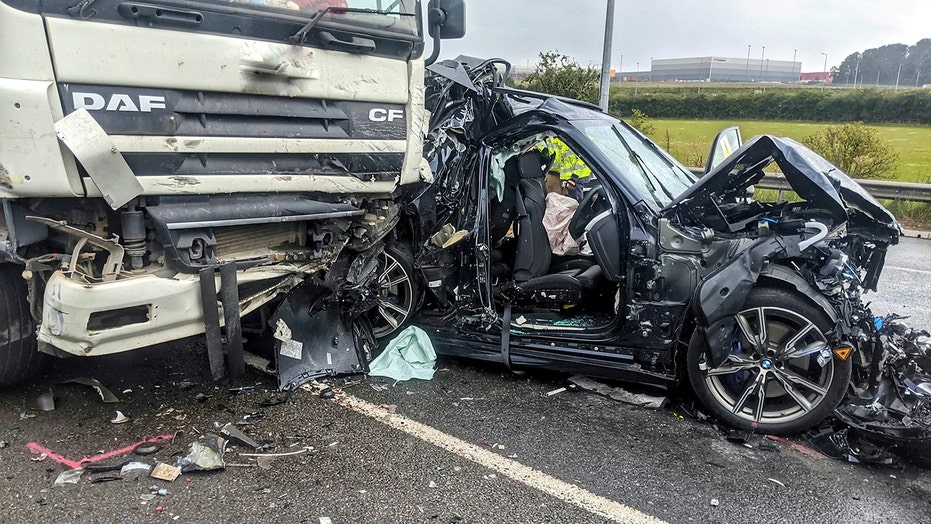 In northern India, a man known locally as Akash is said to have pushed his new BMW into a river because he was upset that the vehicle was ‘too small.’ The luxury car had to be pulled out over the river with a crane and police have opened an investigation into the matter.

A BMW driver sustained only minor injuries when his 3-series was sandwiched between two semitrucks this week.

The accident occurred on a ramp to the M1 highway in Loughborough, U.K., on Wednesday, SWNS reported.

Photos show the car completely destroyed, except for the front passenger compartment. Fortunately, no one else was along for the ride as a child seat can be seen smashed up against the driver’s seat.

Emergency crews had to tear the car open to get at the driver, who escaped relatively unharmed.

"It was a complicated extraction but the casualty was freed and taken to hospital with only minor injuries,” the local fire and rescue service wrote on Twitter.

The cause of the crash has not been officially released.

Although it differs somewhat from the European model, the 3-Series is an IIHS top safety pick with the highest crashworthiness ratings across the board.