A baby Bronco has been spotted in the wild. Not a horse, a Ford. 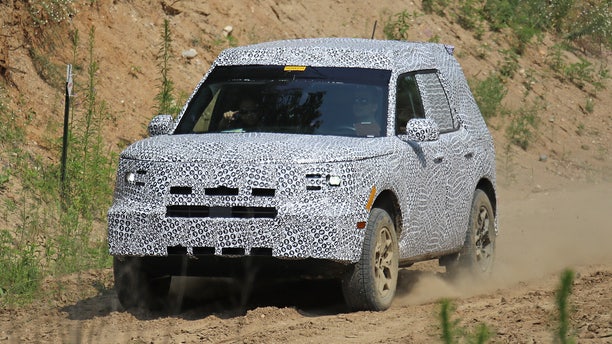 An automotive spy photographer caught a disguised vehicle being tested on a dirt road that evidence suggests is the automaker’s upcoming Bronco-inspired small crossover utility vehicle. 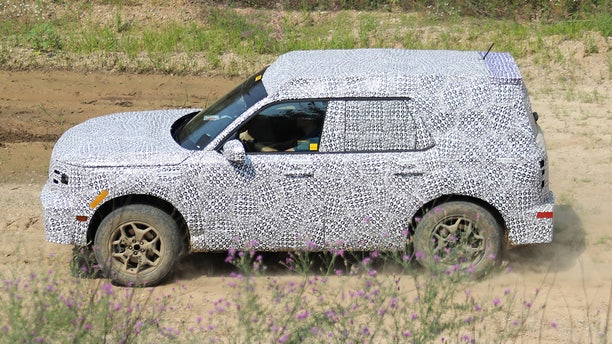 Ford has confirmed it has such a vehicle in the works that shares some underpinnings with the 2020 Escape, but features a more rugged look and off-road capability. The name of the model hasn’t been announced, but the automaker has recently filed trademark applications for Maverick, Timberline and Bronco Scout, any of which would fit the bill. 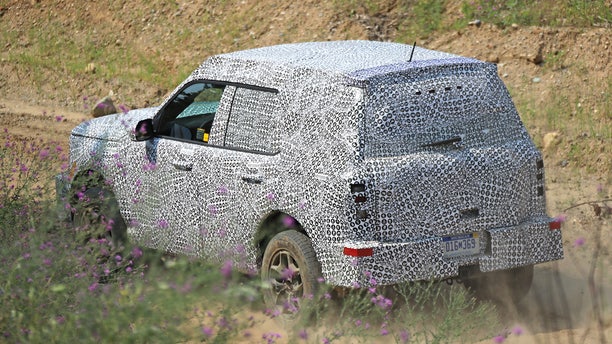 Until now, Ford has only officially released a teaser rendering of the model, which is scheduled to debut next year. However, leaked photos from a dealer meeting last November depicted a vehicle that had the same rounded hood and profile as the test car, which has been fitted with boxy elements under its black and white wrap.

Along with the compact SUV, Ford has a true Bronco truck reboot in the works that’s based on the new Ford Ranger. It's scheduled to go on sale for the 2021 model year when it will compete with the Jeep Wrangler while the baby Bronco likely goes after the Cherokee.