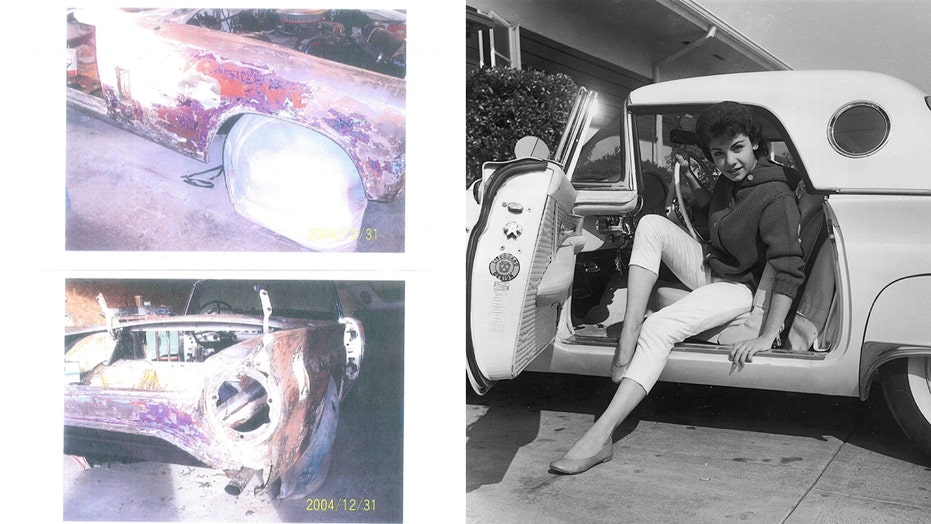 The 2021 Ford Mustang Mach 1 is the latest in a line of high performance Mustangs that dates back to 1969 and very different than the brand's other "Mach" model, according to Fox News Autos Editor Gary Gastelu.

Too bad Disney Radio is off the air. Or not.

A 1957 Ford Thunderbird originally owned by legendary Mouseketeer Annette Funicello has been put up for auction on the Bring a Trailer website and is the perfect retro ride for a cruise up the California coast with the top down and the radio on.

Funicello was often photographed with the car over the years. (Hulton Archive/Getty Images)

The convertible was the Hollywood star's first car when she was just 16 years old and served as her daily driver for the next decade.

Several layers of different paint colors were discovered during the resoration. (Bring a Trailer)

The current owner purchased it unaware of its celebrity provenance, until he began researching its history while putting it through a full restoration in 2004 and had it authenticated by the Funicello family, the Portland, Ore. dealer handling the auction told Fox News Autos.

The two-seater was originally white, but Funicello later had it painted an eye-popping purple by famed customizer George Barris.

She eventually handed it down to her younger brother and the car was refinished in silver before it was sold out of the family, passing through several owners before the current one purchased it in 2003.

The V8-powered automatic is now red with a tan interior that has bucket seats and a center console, and comes with a removable hardtop and a collection of its original parts, including the bench seat, hubcaps and AM radio.

Online bidding for the unique T-Bird beauty runs through September 16.