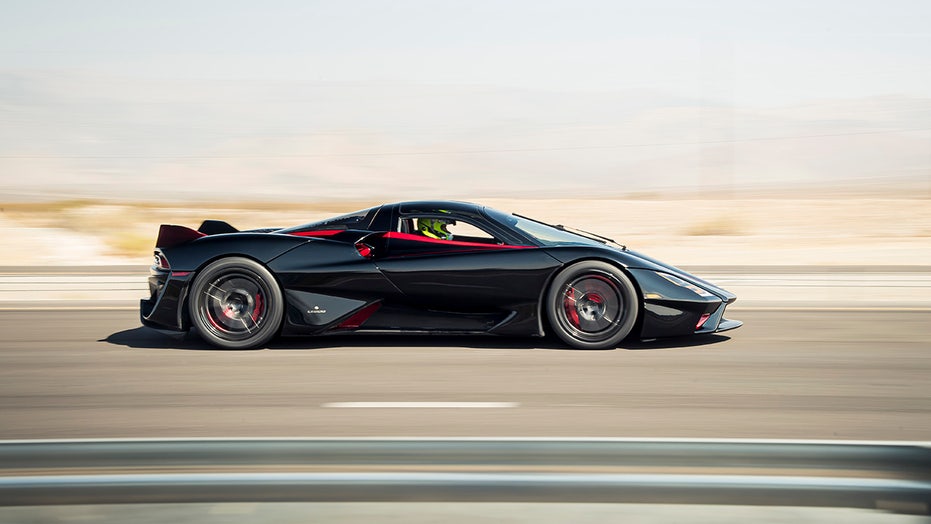 The Richland, Washington-based company has revealed that British racing driver Oliver Webb drove its $1.9 million Tuatara to the astonishing speed of 331.15 mph on a closed stretch of State Route 160 in Pahrump, Nev., on Oct. 10.

The carbon fiber coupe is powered by a 5.9-liter twin-turbocharged V8 built by Nelson Racing Engines that can produce 1,750 hp running on E85 and 1,350 hp on 91 octane fuel. It ran on its stock nitrogen-filled Michelin Pilot Sport Cup 2 tires, which aren't officially rated for anywhere 331 mph, but were tested prior to the attempt to see if they could handle the speed without blowing out.

The blistering velocity was achieved after a 301.07 mph run in the opposite direction, which gave Webb and the car a 316.11 mph average as required by most record-keeping authorities to account for wind and other factors.

The results smashed both the 277.9 mph average mark set by Swedish automaker Koenigsegg on the same road in 2017 and the 304.77 one-way speed reached by the Bugatti Chiron on VW's test track in Germany, neither of which was verified by an outside organization.

SSC (formerly known as Shelby Supercars after founder Jerod Shelby) has submitted its data to Guinness World Records, which previously recognized its earlier Ultimate Aero model as the world's fastest production car from 2007 to 2010 after 73-year-old pilot Chuck Bigelow drove it to a 256.14 average on a public road in Washington.

The Tuatara has been in development since 2011 and the car driven by Webb was the first customer car, which was delivered to its buyer late last year. The company plans to build 12 more through 2021 then no more than 25 annually until it reaches 100.